Investors must brace for a turbulent October in the stock market – but they should hold on for a strong 4th-quarter finish, a senior Wall Street strategist says 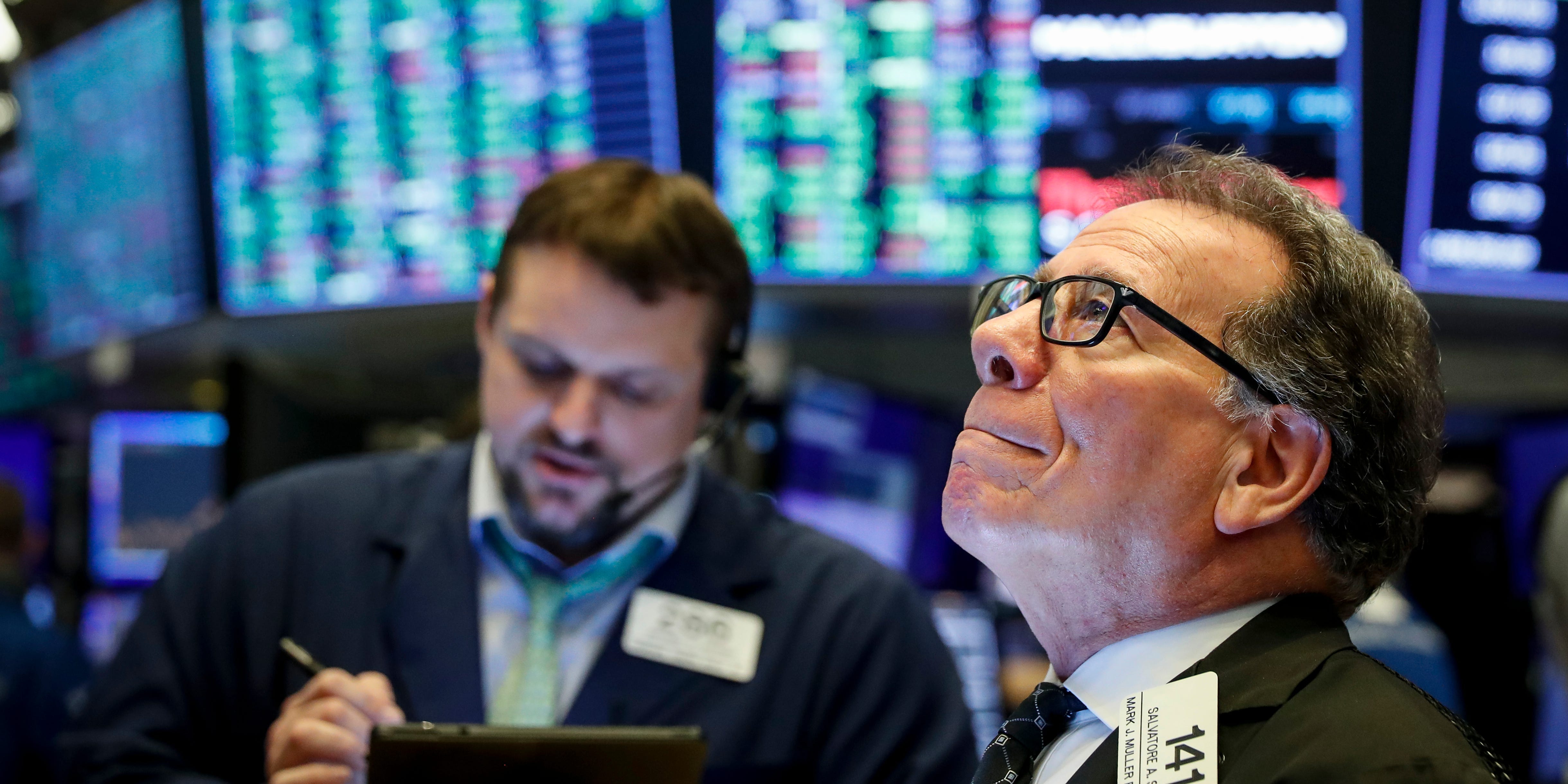 The stock market is set for a turbulent month of trading this October, according to LPL’s senior market strategist, Ryan Detrick.

In a note on Thursday, Detrick outlined how historical data shows October being the worst month of the year when a presidential election is held.

“During an election year, stock prices tend to be weak from now until late October,” said Detrick, adding that “this is the weakest time of the year.”

And the first week of October is going along with those historical trends, given that the market fell by as much as 2% on Friday and volatility spiked following the revelation that President Donald Trump and First Lady Melania Trump both tested positive for COVID-19.

The news comes just a month before a highly anticipated election, and adds uncertainty risk to the pre- and post-election investment landscape.

Read more: MORGAN STANLEY: Buy these 16 stocks to cheaply invest in next-generation technologies and reap the future profits they generate

But investors shouldn’t look to sell out of the market in anticipation of a potential negative October because the year-end outlook remains bright, according to Detrick, who cited historical S&P 500 data dating back to 1950.

But most importantly, strong performance in the third quarter tends to bode well for the fourth quarter, according to Detrick.

Read more: ‘Absolutely incomprehensible’: A $2 billion hedge fund chief explains why investors may soon have to grapple with an across-the-board wipeout – and says a Great Depression-like meltdown isn’t out of the question

When the S&P 500 has seen strong third quarter returns of more than 7.5%, the fourth quarter posted an average return of 7.3% and was positive 100% of the time, according to Detrick.

“The third quarter is usually weak, but when it is really strong, like it was in 2020, this says the rally isn’t over yet,” Detrick explained. 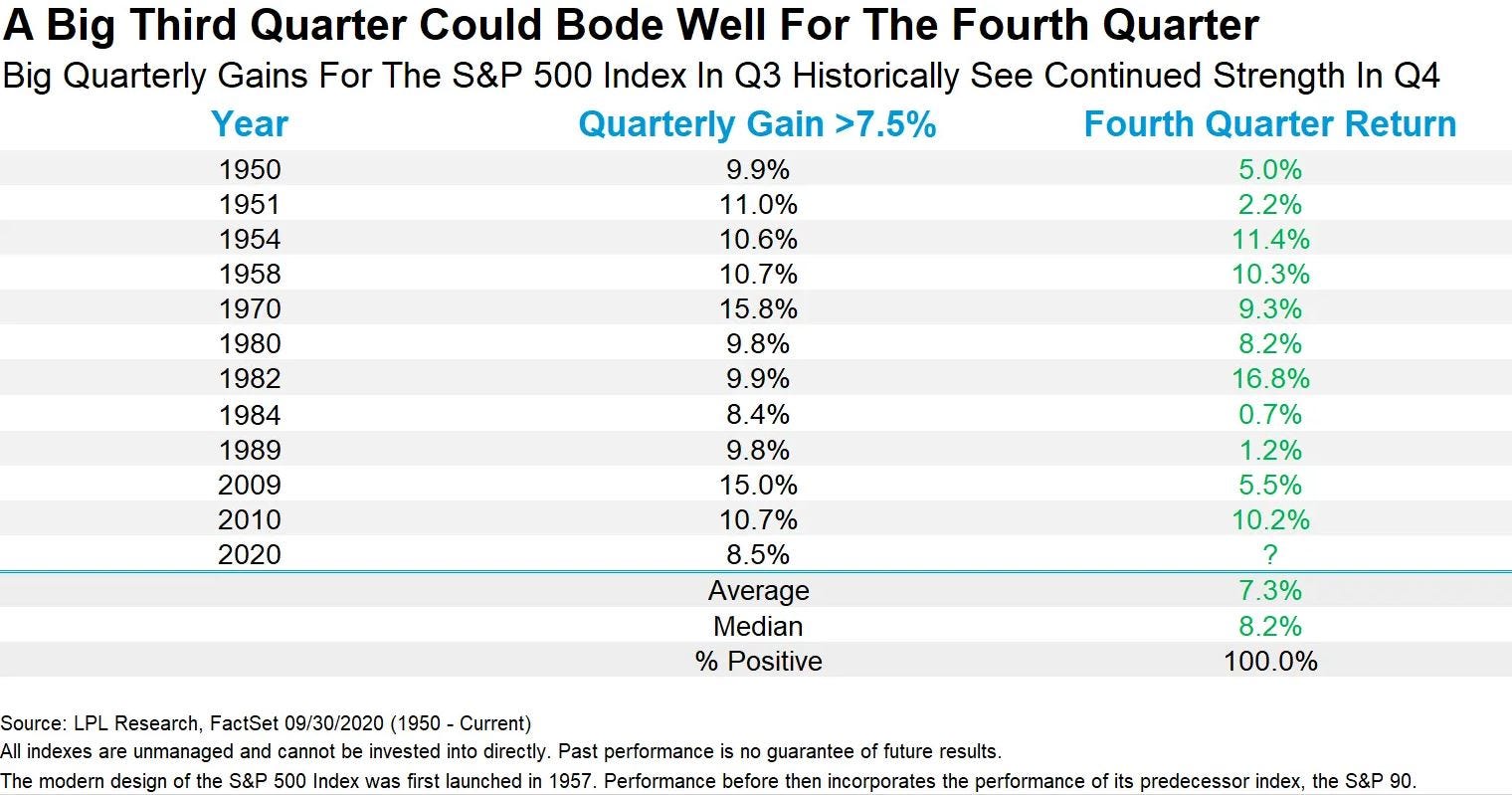 Read more: A Wall Street expert says a trend that with a 30-year track record of wrecking expensive stocks is flashing for big tech – and warns investors to brace for a turnaround within months

With Google's deal for Fitbit on the ropes, experts say these 8 wearable tech companies could be worth buying in an effort to keep pace with Apple