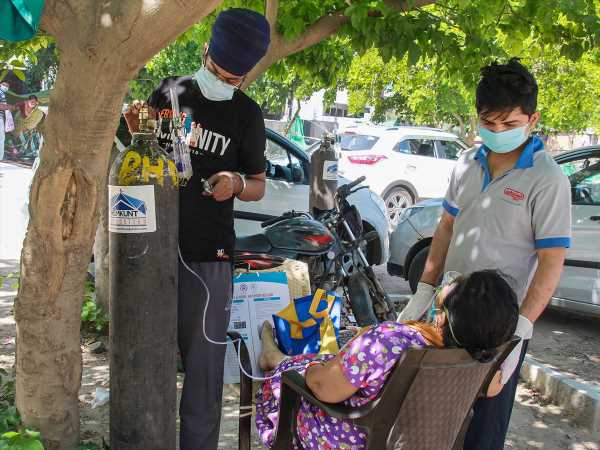 India Inc lends a hand amid shortage of oxygen

Over the weekend, many companies stepped in to ease the bottleneck in supply and transportation of oxygen, as demand ran high with the surge in cases. 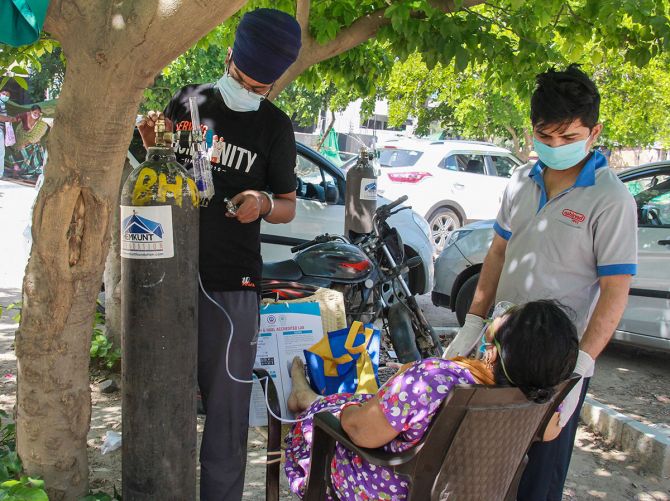 India Inc is going all out to lend a helping hand as Covid cases continue to surge.

JSW Steel is gearing up to ramp up its liquid medical oxygen (LMO) supply to over 900 tonnes a day by month-end while working towards increasing it further.

The firm said it was targeting a supply of 20,000 tonnes of LMO in April from its three plants in Maharashtra, Karnataka, and TN.

Jindal told Business Standard that JSW would step up supply to its maximum capacity.

Heads of most of the major steel companies were present during the meeting because they were supplying LMO.

Between April 21 and April 23, JSW Steel had supplied on average 898 tonnes daily oxygen from its plants, it said on Sunday.

Over the weekend, many companies stepped in to ease the bottleneck in supply and transportation of oxygen, as demand ran high with the surge in cases.

Gautam Adani, chairman, Adani group, tweeted the company was on an urgent mission to secure oxygen supplies from across the world.

The first shipment of four ISO cryogenic tanks with 80 tonnes of liquid oxygen was on its way from Dammam (Saudi Arabia) to Mundra, his tweet on Saturday mentioned.

“In addition to ISO cryogenic tanks, we are also securing from Linde, Saudi Arabia, another 5,000 medical-grade oxygen cylinders. These too will be quickly sent to India,” Adani’s tweet read.

The shortage of cryogenic containers was a bottleneck in transporting liquid oxygen and companies were looking to ease it.

ITC said it had tied up with Linde India to airfreight 24 cryogenic ISO containers of 20 tonnes each from Asian countries for use by them to transport medical oxygen across the country.

In addition, ITC was airlifting a large number of oxygen concentrators for distribution and was also in talks with distributors for oxygen generators for hospitals.

According to a ministry of steel statement, as against 2,834 mt of daily LMO production capacity in the steel sector, production of 3,474 mt of LMO was was reported on April 24.

Naveen Jindal, chairman of Jindal Steel & Power, tweeted about tankers refilled with LMO being dispatched from its oxygen plant.

The company is supplying 100 tonnes daily and may increase it to 150 tonnes based on requirements.