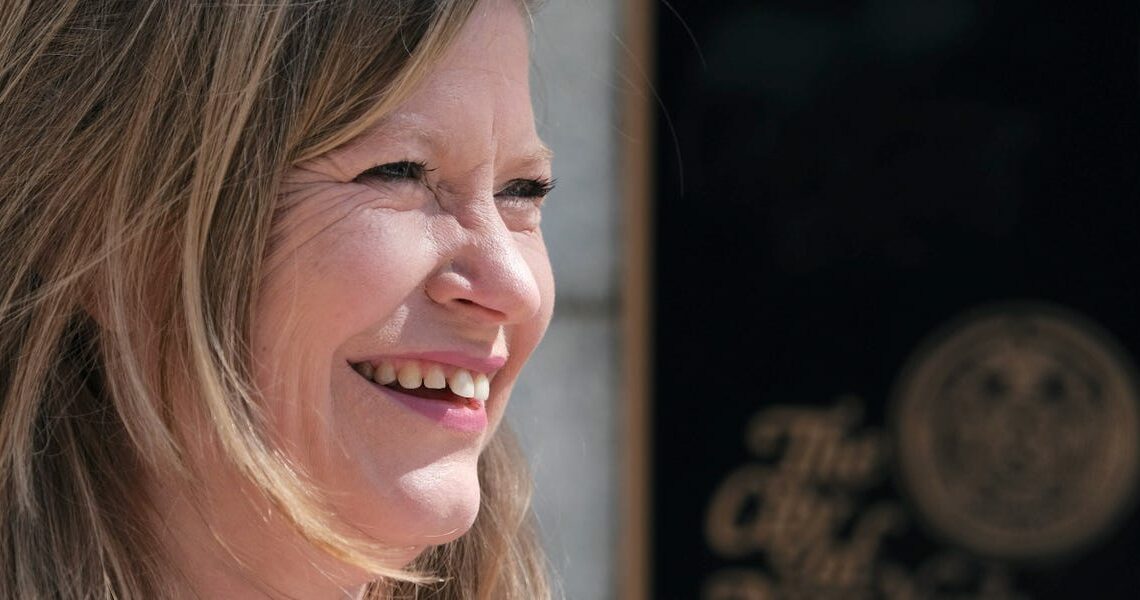 For months, sometime New York Democratic mayoral primary frontrunner Andrew Yang has told anyone who will listen that he would hire his opponent, former sanitation commissioner Kathryn Garcia, to play a prominent managerial role in his potential administration.

Garcia has complained that these comments from Yang (and similar ones she says Brooklyn Borough President Eric Adams, the other frequent poll leader in the race, has made in less-prominent settings) are condescending and sexist. But they also provide an easy pitch for her own campaign: If Yang and Adams say they’d hire her to run the city, why not just cut out the middleman and elect her mayor?

In a race that was supposed to be a clash between progressive and moderate visions for the city, Garcia has been managing to sidestep that fight with a message about competence. “Garcia gets it done” is her slogan, and she’s widely praised for her track record as a manager in unglamorous city agencies including sanitation, environmental protection, and the New York City Housing Authority.

She’s endorsed by The New York Times and the Daily News. I’ll be voting for her, and I think you should too. And an increasing number of voters agree: one recent poll has her taking a slim lead in first preference votes, while others show her rising into a clear top three with Yang and Adams.

Garcia does not have a lot of charisma, nor does she have an especially grand ideological vision. But she has something more important: The skill set and desire necessary to actually manage New York City’s government so it does what it’s supposed to do, for a change.

Garcia is the anti-de Blasio

As Garcia has emphasized, policy ideas don’t do anything if you can’t get them implemented. A mayor needs to understand how the city’s bureaucracy works.

“If you don’t understand how the processes will trip you up, you won’t actually accomplish anything,” she said.

For eight years, New York City has had a mayor who seems bored. Bill de Blasio is clearly interested in being a a national progressive leader, but does not seem especially interested in public policy as it applies to New York City. And while he has some key accomplishments including universal pre-kindergarten under his belt, he has often seemed hapless and disengaged — especially in his second mayoral term.

He hasn’t fixed longstanding problems like the city’s wildly high capital costs, even for moderate-size projects like schools and small ones like park bathrooms. And in two key areas, everyone can see he has lost control over the workforce: In De Blasio’s New York, cops set policing policy and teachers set education policy.

This is why her less-ideological pitch actually makes sense: whether you’re in the center or on the left, you should want the government to do what it says it will do.

The mayor needs to make agencies, especially the NYPD, accountable to elected officials

I highly recommend reading Garcia’s interview with the New York Times editorial board that led to them endorsing her. Of particular note are her answers about overseeing the NYPD, in which she draws on her experience overseeing another heavily male city agency, the sanitation department:

Nick Fox, NYT: In an online Q&A you said the police commissioner should have the final say on disciplining officers. Why? Commissioners don’t have a very good record on holding officers accountable for misconduct.

Kathryn Garcia: The past commissioners have not had a very good track record of holding people accountable on discipline. But if you don’t make them responsible for discipline, then you’re giving them an out — that they are not fundamentally responsible for managing their force and for holding the chain of command completely responsible for ensuring that discipline is maintained.

They should have been disciplining for not wearing masks last summer. Beyond the things that are really egregious, you have to do the little stuff to be able to maintain your authority in a paramilitary organization. I have that experience. I understand how to get that done.

Garcia: As mayor? Well, hopefully my police commissioner is doing this, so I don’t have to do it. If it was me —

Staples: What, specifically, would you have done?

Garcia: Very specifically? First and foremost, for every mask you don’t wear, you get a day. We take a day. That is the way discipline works.

Garcia has the endorsement of public employee unions representing sanitation workers, so it’s not like she formed negative relationships with the force that worked for her by being too much of a hard ass.

New York City has 300,000 employees. The quality of the public services we receive in the city is not commensurate with the extremely high level of spending per capita that the city’s government enjoys. There is room to manage better, serve better, and deliver better, if we have a mayor who actually manages the organization.

Garcia can win, which is good, because the rest of this field is grim

The good news is that in a crowded Democratic field, Garcia is gaining traction. A recent Emerson poll has Garcia with a slim lead in first-preference votes. But this is the first mayoral primary that will be conducted with ranked-choice voting, and Emerson shows Garcia soundly beating Adams after other losing candidates’ votes are reallocated. That’s just one poll, and others show a more muted surge for her, but she has clearly entered the top three in the race, with more voters learning about her daily.

If she wins, she won’t just be New York City’s first female mayor. Nobody with a resume like hers — rising through the ranks of the city’s bureaucracy and never holding elected office — has even been elected mayor before.

This is a reason so many people, apparently including Yang and Adams, have talked about Garcia a great option for deputy mayor. And if there were some great visionary in this field — someone I could trust to lead of team of people like Garcia to expertly manage the city — I’d be inclined to agree with that assessment.

But there is no great visionary on offer.

This field kind of sucks

Andrew Yang is a smart and likable guy, and the completely unhinged response to him from extremely online leftists in Brooklyn and Queens (getting mad at him for saying Times Square is his favorite subway station, for example) has made me sympathetic to him. But let’s be honest: he’s a dilettante with a flimsy grip on the policy issues facing the city.

Eric Adams is a fun New York character but represents some of the worst aspects of machine politics. He, for example, has pooh-poohed Yang’s call for the city to stop public employees from abusing their parking placards to park illegally.

Scott Stringer is far too hostile to new housing construction in a city with a housing shortage, and like Maya Wiley and Dianne Morales, he’s far too left wing for my taste. (I also wonder how Morales would manage a workforce of 300,000 when she can’t even manage her campaign.)

Ray McGuire has an impressive record in business but, when I interviewed him at a TechNYC forum in April, his answers were completely vacuous, mostly repeating platitudes about “leadership.” Like Yang, his grasp on what the city government does and how it does it has seemed thin at times.

Shaun Donovan is fine. I’ll be ranking him second on my ballot. But his campaign hasn’t gone anywhere and he doesn’t have Garcia’s breadth of managerial experience.

Government should be boring

Part of what I like about President Biden (and this runs counter to my professional interest) is that he’s made American politics and government less interesting. His administration does things — sometimes important things, sometimes controversial things — but mostly government should just be a thing that’s here to do useful things for us, that we don’t have to think about too much.

City government should be even less interesting than the federal government.

And so while I have a bit of a soft spot for Adams because he would be interesting in the way Ed Koch and Rudy Giuliani were interesting — who knows what he’d say next? — I like that Garcia is kind of boring. Our city government doesn’t need to be cool. It needs to get the trash off the sidewalk. And she seems like the most likely candidate to do that.

I have an idea about what Andrew Yang can do

Leftists generally hate Andrew Yang, but I, a normal person, like him. He’s very likable! He’s funny, his zest for our city is very charming, and he’s right that the efforts to paint him as a “tourist” are unfair and kind of racist.

He is indeed a great cheerleader for New York.

My colleague Linette Lopez says New York doesn’t need a mascot, but I don’t exactly agree. Certainly we don’t need a mascot as mayor. But we already have a convention and visitors bureau, called NYC & Co. whose explicit mission is to “maximize travel and tourism opportunities throughout the City, build economic prosperity and spread the dynamic image of New York City around the world.”

Telling the world that New York is back, baby, isn’t just a good thing to do. It can be your job, if you run NYC & Co.

So as Moses Gates suggests, maybe Garcia should offer Yang that job. Then we could have a Yang-Garcia team for the city, but unlike the one he proposes, it would be a team arrangement that actually puts the people with the right skill sets in the right place: him as the chief cheerleader for our city’s comeback, and her as mayor.

Heartbreaking tributes paid to 'quirky' schoolboy, 13, who died after being pulled from river

The S&P 500 could soar nearly 400% by 2038 as millennials drive the US economy to new heights, Fundstrat's Tom Lee says
Technology