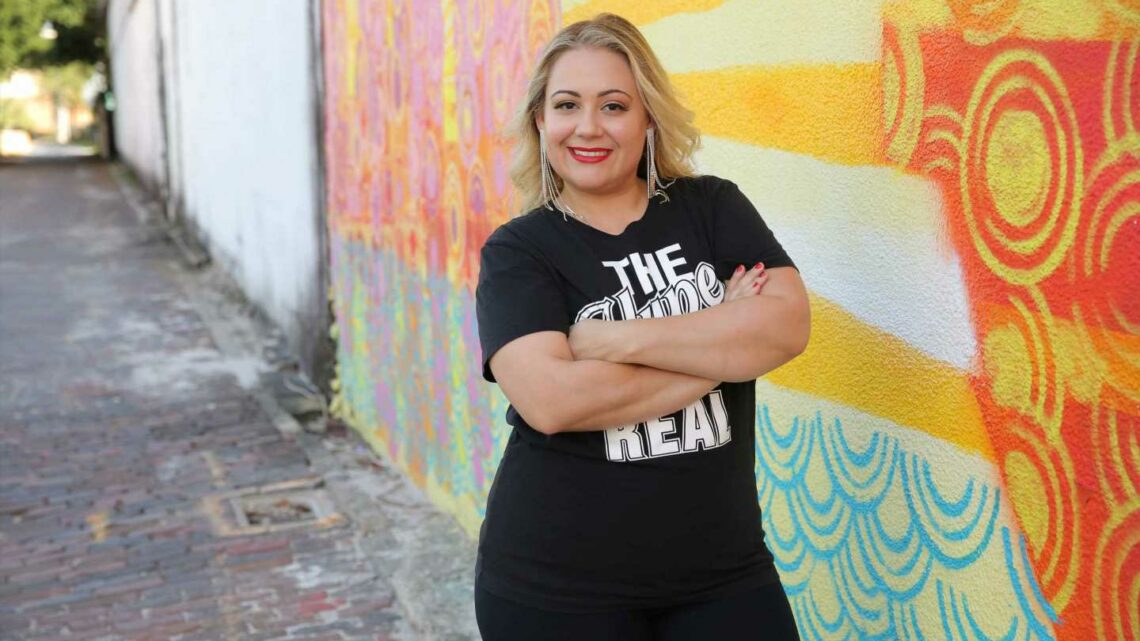 I’m on track to become the first millionaire in my family. Here's what I've learned along the way

When I started my first side hustle eight years ago, I didn't realize I was creating the foundation of a business that earns six figures, which is centered around my Latina heritage. But that's exactly what happened. I've created a business that is going to help me become the first millionaire in my family, and I can't begin to describe what that feels like.

At first, I also thought I was the first entrepreneur in my family too. But I later found out, after talking to my parents, that my grandmothers were entrepreneurs too, mostly out of necessity, as is so common in communities of color.

My paternal grandmother had a third grade education and she raised six children by opening a small convenience store on the first floor of her home in Puerto Rico. My maternal grandmother was a seamstress for 30 years. When her factory closed, she turned her skills into a side hustle that supports her even to this day.

I think for many POC entrepreneurs, a lot of our drive and success comes from that "by any means necessary" spirit that we get from our ancestors, though we may not realize that's what it is at the time. But even with this kind of legacy, we often don't talk about money in our communities in such a way that allows the next generations to build on these skills. That was certainly the case for me. It was side hustling that helped me start learning about financial independence, investing, and building generational wealth — all topics I never learned about growing up.

As I grew my first business, my Latin food blog Delish D'Lites, I started devouring personal finance podcasts. But I couldn't find anyone telling stories like mine: a first-generation Latina, saddled with student loan debt, who was searching for more time and financial freedom. I realized I needed to create a platform of my own.

Once again, I leaned into my Latinidad and created a personal finance podcast called "Yo Quiero Dinero," which launched in 2019. In just two years, it has become my second business to bring in six figures. Seeing my heritage as a strength rather than a weakness has been crucial to my success.

Here are some of the biggest lessons I have learned along the way.

Never apologize for being who you are

As a woman of color in higher education and the workplace, I have often felt the need to code-switch, which is defined as "the practice of alternating between two or more languages or varieties of language in conversation."

Being a bilingual Latina from an urban environment, I've often felt like I had to hide my urban accent, straighten my hair, and never be heard speaking Spanish in a professional environment. That made me shy away from being perceived as too Latina. Once I let that go and started embracing my uniqueness, I was able to use it to my advantage to stand out from the crowd.

Leaning into my Latinidad has allowed me to have a major impact in large and small ways, just by being myself, and letting that lead my journey.

As I've grown in my journey from side hustler to entrepreneur, I've found that leaning into my lived experience as a Latina has served me well. It has allowed me to create a business from an authentic place and provide my audience with products and services that address their unique needs.

As a food blogger, homing in on my Latina heritage is how I started to differentiate my content from others in this very competitive space. Initially, I didn't realize the importance of having a clear niche. At the beginning of my blogging journey, I was creating content and recipes for everyone, and as a result, I was serving no one.

After doing some market research and strategizing how to finally get some solid traction, I realized how underserved the Latinx recipe space was, especially amongst the Puerto Rican community that I'm a part of. So I started sharing my Puerto Rican recipes, and that's when things clicked.

Remember that what makes you unique is your advantage

Instead of blending in with the crowd, I started to lean on my unique heritage, and that has made all the difference. Over the course of eight years, my food blog went from a hobby to a business that earns six figures, which allowed me to walk away from my 9-to-5 this year at age 36.

Allow yourself to experiment and evolve in your business

When I started my personal finance brand in 2019, a lot of people around me were confused: "Aren't you a food blogger? Why are you talking about money?" Those opinions made me second guess my desire to evolve beyond a behind-the-scenes blogger.

As a result, I launched my podcast, released a few episodes, and then went radio silent due to imposter syndrome. At the beginning of 2020, I gave myself permission to keep going. I allowed myself to explore this new passion of mine without worrying about the judgment of others, and focused on my goals.

Doing things that scare you can help you grow

When I think back to my adolescence, I can't believe I've created the life I currently enjoy. I was a painfully shy kid who was terrified of public speaking. But in retrospect, I was always a rebel who questioned the status quo and always needed to be in charge. I believe now that entrepreneurship was my destiny.

Finding my voice and allowing myself to take the road less traveled has paid off. In two years, I've gone from a newbie podcaster who was trying to find her niche in this crowded space to being nominated for multiple awards, speaking at major companies, and helping the Latinx community build wealth.

It wouldn't have been possible if I let fear hold me back.

Starting a side hustle eight years ago and building something brand new from scratch was scary. I had no idea what the outcome would be. There was so much to do and learn, and I made mistakes along the way. But as time went on, I got into a rhythm and I started to wonder why I waited so long.

When I began my first side hustle, I didn't make any money for two and half years. With lots of work and consistency, I've been able to transition to full-time entrepreneurship, achieve financial independence, and live a life that is no longer just a dream, but a reality.

Ultimately, my best advice is to lead with specificity and authenticity. Your strength comes from your experiences and the lessons you have learned along the way. And I've learned that embracing what makes you different can make all the difference.

Jannese Torres-Rodriguez is a nationally acclaimed Latina money expert, educator, speaker, writer, and business coach. She became an accidental entrepreneur after a job loss led her to create a successful Latin food blog, Delish D'Lites. Now, she helps her clients and listeners build successful online businesses that allow them to pursue financial independence and freedom. Jannese is on a mission to educate marginalized communities on topics like entrepreneurship, investing, and building generational wealth through her personal finance podcast, "Yo Quiero Dinero."

The article "I'm on Track to Become the First Millionaire in My Family, and Leaning Into My Latina Heritage Was Key" was originally published on Grow (CNBC + Acorns).