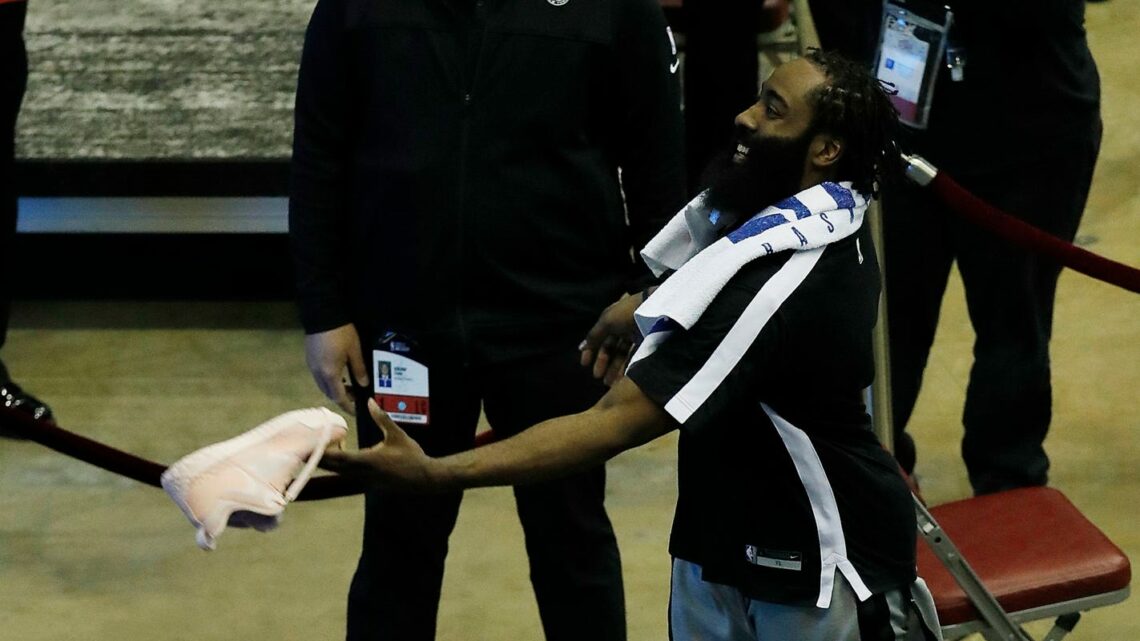 ‘I just wanted to come out here and give them a show’: James Harden records triple-double in return to Houston

The fans serenaded him with both cheers and boos. Perhaps if the Houston Rockets could have fielded more than 4,500 fans, Brooklyn Nets guard James Harden would have had a better gauge on how Rockets fans currently feel about him.

Do they focus on Harden’s three NBA scoring titles, his regular-season MVP and two appearances in the Western Conference finals amid eight consecutive playoff berths? Or do they remember Harden’s hasty departure to Brooklyn that included a trade demand, arriving to training camp late and violating the league’s health and safety protocols?

Returning to Houston for the first time since the Rockets traded him to Brooklyn, Harden received a mixed response before, during and after the Nets’ 132-114 win Tuesday at Toyota Center.

“A lot of mixed emotions with the fans,” Harden said. “I knew that was going to happen. I just wanted to come out here and give them a show.”

So, Harden did something that became familiar to Rockets fans when he shattered scoring records in a red and white uniform. Harden finished with 29 points while shooting 10-of-15 from the field and 4-of-8 from 3-point range. He added 14 assists and 10 rebounds, marking his eighth triple-double of the season.

In related news, the Nets (24-13) have won nine of their past 10 games while the Rockets (11-23 and fielding only eight healthy players) lost their 13th consecutive game.