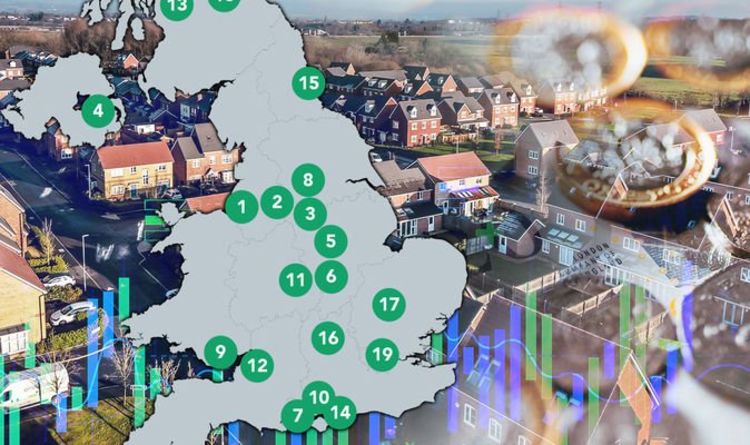 All regions of the UK registered growth with prices rising the fastest in the North West and East Midlands. Liverpool in particular leads among the cities with a double-digit figure of 10.4 percent year on year. Rises of over 10 percent were also seen in northern towns such as Blackburn and Rochdale. Generally the fastest growth was found in areas which are still relatively the most affordable with Belfast, Sheffield and Nottingham all among the fastest rising cities. Traditionally more expensive cities such as Oxford and Cambridge recorded lower levels of growth at 4.4 percent and 3.7 percent respectively.

London saw the lowest level of price inflation at only 2.3 percent and is the only region where growth is below the five-year average.

The capital has been particularly hard hit by the pandemic as people looked to move out of the capital due to changing housing needs and increases in hybrid and home working.

This could continue to affect housing decisions into 2022.

Across the home nations Wales experienced the highest levels of growth at 10.4 percent with Northern Ireland close behind at 8.3 percent.

Scotland had comparatively lower levels of growth at 5.3 percent overall with Aberdeen showing a decline in values of -0.3 percent.

The main headwinds in question will be increases in the cost of living as inflation is tipped to rise in the coming months as well as tax increases in 2023.

There has also been heavy hinting from the Bank of England that interest rates will rise to tackle inflation which could in turn see mortgages become more expensive.

The Bank of England is due to give its next decision on interest rates on Thursday, November 4.

For 2022’s predictions Zoopla have assumed mortgage rates will reach three percent, the highest level since 2015, with a consequent slow down in house price inflation across the UK as some new buyers are deterred.