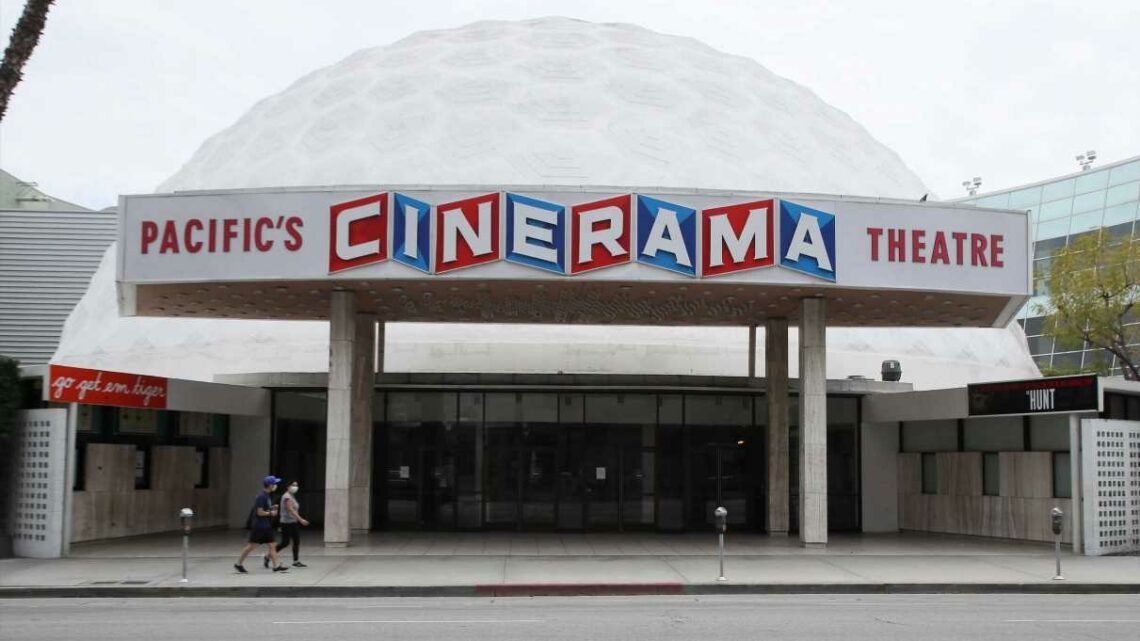 Hollywood mourns of the closure of the Cinerama Dome, but there's hope for the landmark

Towering 75 feet tall, the Pacific Cinerama Dome on Sunset Boulevard in downtown Los Angeles is a fixture in the community. On Monday, its owner Decurion announced that it would not reopen after shuttering due to the coronavirus pandemic.

The decision by the company, which owns the Pacific Theatre and ArcLight Cinema chains, was a crushing blow to a town built on the box office. While Decurion's portfolio of theaters includes locations in Boston, Chicago and Washington, D.C., it is the Los Angeles-based theaters that are, perhaps, its most treasured.

"For the Los Angeles area, the Pacific's ArcLight Cinemas are not just theaters, they are movie house destinations that offered a complete and curated moviegoing experience," said Paul Dergarabedian, senior media analyst at Comscore.

The crown jewel of Decurion's theater collection is the ArcLight Hollywood, with the attached Pacific Cinerama Dome. The iconic Dome, which consists of more than 300 pentagonal and hexagonal panels, has hosted countless Hollywood movie premieres over the span of nearly 60 years. Its closure has led to an outpouring of grief on social media.

"It seems to me that there are two separate questions to be raised: What happens to the historic Cinerama Dome in Hollywood — and, as an extension, the ArcLight multiplex it sits next to? Also, what happens to the other ArcLight Cinemas and Pacific Theatres locations?" said Erik Davis, managing editor of Fandango.

Decurion did not detail the reasons behind its decision to shutter roughly 300 screens, only saying that the company had "exhausted all potential options" and that it doesn't have a "viable way forward" in a statement earlier this week.That statement didn't disclose its plans for either the Pacific or ArcLight locations.

Representatives for Decurion did not respond to CNBC's request for comment.

The lack of clarity has led some to speculate that the company is using these closure announcements to drum up investments or to coax potential buyers. Decurion does own some of its cinema properties, but leases the rest from landlords. Since the company is private, it is unclear what its debt situation is or what its real estate portfolio looks like.

The loss of a monument to cinema

Movie lovers and prominent filmmakers collectively grieved the closure of the ArcLight Hollywood and Pacific Cinerama Dome on social media, sharing memories of visiting the venue over the years.

For many, this particular theater was the place where they fell in love with cinema.

Built in only 16 weeks, the Cinerama Dome was designed by the same firm that worked on the Music Center, Capitol Records Building and the Beverly Hilton. It celebrated its grand opening in 1963 with the premiere of "It's a Mad, Mad, Mad, Mad World."

The landmark was originally created as a prototype for a new kind of cinema experience where three 35mm projectors would run simultaneously on a large curved screen. However, very few theaters were built in this style in the U.S., making the Cinerama Dome a rare example.

It was declared a historic monument in 1998. So, fans of the famed location can rest easy, it won't likely be torn down.

What becomes of the Cinerama Dome?

"At this time, reports indicate that nothing is up for sale yet, and so it's difficult to say what will ultimately happen," Davis said. "Personally, that Hollywood location, and specifically the Cinerama Dome, is rich with history, and among the most iconic locations in Los Angeles. It's also one of the highest performing theaters in the country. It certainly feels like that location will be saved, if it is indeed in need of saving."

Real estate experts say Decurion could seek to sell all of its owned theaters as part of a single bundle or sell off locations individually. It depends on the company's debt situation and how many theaters are completely paid off, said Mark Hunter, managing director of retail asset services at CBRE.

Potential buyers for any of Decurion's owned cinema locations will likely be other movie theater companies or groups that are seeking to get into the theatrical business, he said. After all, it is incredibly expensive to retrofit movie theaters into other retail spaces due to their design. Non-cinema businesses would more likely than not have to demolish the location and rebuild on top of it if they wanted to use the space for any other purpose.

It's unlikely at this time that a major movie theater chain would seek to buyout Decurion's locations, as the pandemic has crippled the industry and led its most stalwart brands towards bankruptcy. AMC Entertainment only narrowly escaped filing for Chapter 11 in the last year and other chains are still ramping up operations at limited capacity.

Adding additional debt by purchasing Decurion's theaters, particularly when the pandemic is still ongoing, would likely garner the ire of shareholders. Although, there is still a possibility a company could swoop in and acquire the brand.

Any mall locations are likely owned by other landlords and would be rented to another theater group.

Movie theaters, whether they are part of a mall or a standalone site, are anchors in the retail world. They drive traffic to stores and restaurants, said Chris Wilson, national agency lead for retail at JLL.

As more vaccinations are administered and local restrictions loosen, Wilson predicts that the movie theater business will see a significant boost. At present, he pointed to the health club industry. JLL has seen a surge in new leases for fitness centers, a business which was also hit hard by the pandemic.

"I believe that that same level of optimism will show up for theaters," Wilson said.

If Decurion sells off its assets and doesn't seek investments to revitalize its business, the Cinerama Dome and adjoining ArcLight Hollywood location would likely be a prime target.

"I suspect that you'll see a group in time that will find a way to resurrect it," said Eric Schiffer, CEO and chairman of Patriarch Organization, a private equity firm.

Schiffer, who also is chairman of Reputation Management Consultants, sees this particular building as an opportunity for an investor group looking to own a cinema, or even a chance for a prominent filmmaker to buy a piece of history. Other possibilities are that a streaming service or studio could scoop up the property to use it for premieres.

"It's not the end of the ArcLight," he said. "I think you'll see someone step up for these assets."