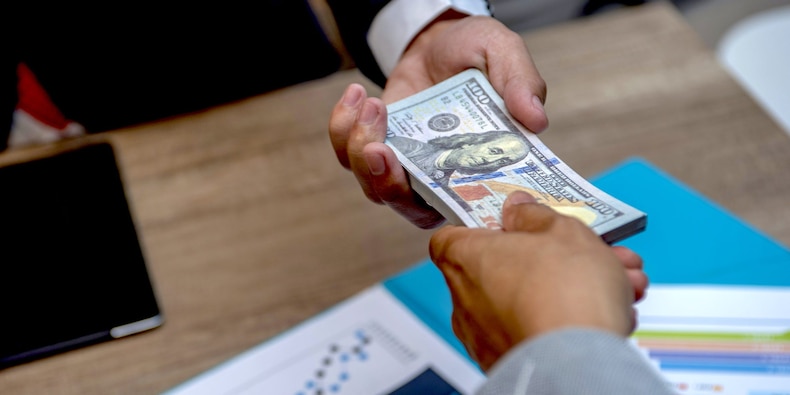 Wall Street is staying alert over an expected jump in consumer price inflation but a climb in wages would be the bigger risk to small-cap stocks, according to Bank of America.

Inflation is set to pick up over the next few months as the US economy recovers from the COVID-19 pandemic, aided by vaccines and trillions of dollars in fiscal stimulus from the government.

Bank of America in a Tuesday note said its work looking at inflation and equities indicates that small-cap stocks outperformed in the late 1960s, and that its global strategist "sees as a historical analog."

From a valuation perspective, a rise to more than 3% in the US consumer price index this quarter – and sticking close to that level over the next few quarters – "isn't necessarily negative for multiples," as history suggests there's little relationship between inflation and price-to-earnings in environments when inflation is running below 4%.

The CPI rose to 2.6% in March year-over-year, largely pushed up by a 9.1% leap in gasoline prices, the Labor Department said Tuesday. Inflation was running slightly ahead of the 2.5% consensus estimate from Econoday.

"But a big pick-up in wages would be a risk," as small caps are two times more labor intensive than large caps, saidJill Carey Hall, a US equity strategist at BofA, in the note.

Average hourly earnings at private employers in March was $29.96, up by 4.2% from the same month in 2020, according to data from the Bureau of Labor Statistics.

An increase in capital expenditures amid higher commodity prices, however, should benefit sales at small-cap companies more than those at large-cap companies, the firm said.

Small caps remain inexpensive compared with large caps across measures that Bank of America said it tracks. They trade at a 12% discount to large caps "when historically they've traded at a 3% average premium," said BofA. It recommended investors "stay cyclical," with small-cap financial and energy shares offering the biggest relative valuation opportunity compared with their large-cap peers.

This simple money hack could help you boost your retirement savings by $20,000 or more
Technology