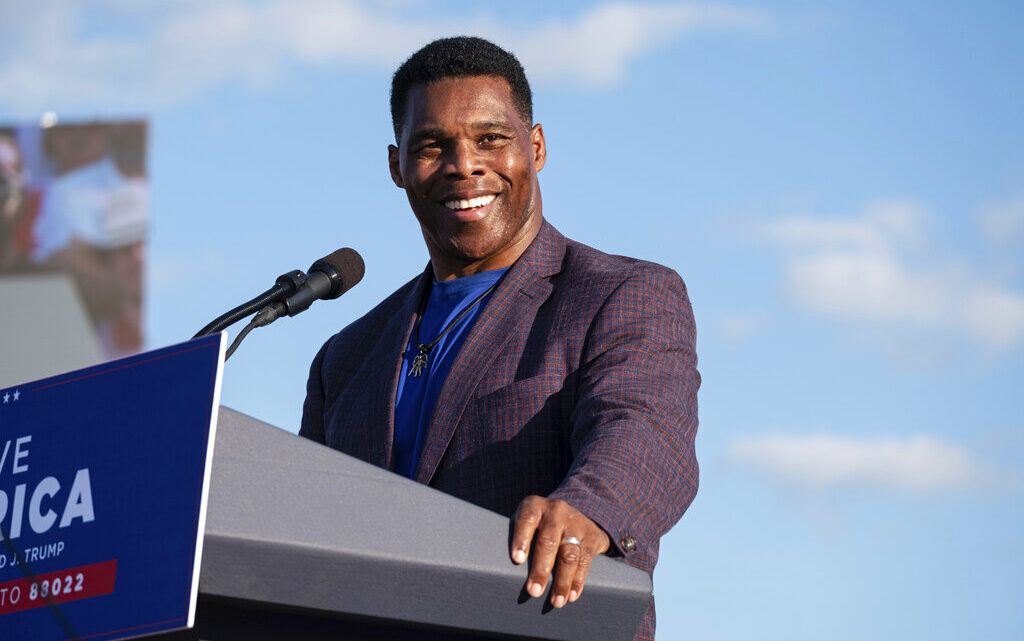 The campaign of Herschel Walker, the former football star running for a U.S. Senate seat in Georgia, canceled a planned fundraiser with a producer who had featured the image of a swastika made with vaccine needles in her Twitter profile.

The fundraiser was to have been at the Texas home of Bettina Sofia Viviano-Langlais, a donor and producer who is the owner of Accelerate Entertainment, according to The Atlanta Journal-Constitution.

After the Journal-Constitution published a piece on the event, the profile was changed to an image that read “God Bless Texas.”

The campaign’s spokesperson initially told the paper that the symbol was “clearly an anti-mandatory vaccination graphic.” But the campaign later distanced itself from its use. “Despite the fact that the apparent intent behind the graphic was to condemn government vaccine mandates, the symbol used is very offensive and does not reflect the values of Herschel Walker or his campaign.”

Viviano-Langlais did not immediately respond to a request for comment. But she posted to Twitter earlier on Wednesday, “I am the poster and because of the Left’s need to silence free speech I took it down. It’s insane to think that pic was Anti-Semetic. Desperate actually. It was a pic showing what happens when fascists demand people insert foreign material into their body they don’t want…”

Earlier this year, Viviano-Langlais and her husband, Jim Langlais, an event at their home for Dallas Jewish Conservatives that marked Governor Greg Abbott’s lifting of Covid-19 restrictions and included a mask burning bonfire.

Walker is among the candidates seeking the GOP nomination to try to unseat Sen. Raphael Warnock (D-GA), who was elected in a special runoff election in January. Trump has endorsed Walker in the race.

Dan Gottlieb, a spokesman for the Democratic Party of Georgia, said in a statement, “Herschel Walker defended a swastika, and canceling a fundraiser does not change the fact that he failed to condemn a hateful, anti-Semitic symbol.”

Social Security cost-of-living adjustment will be 5.9% in 2022