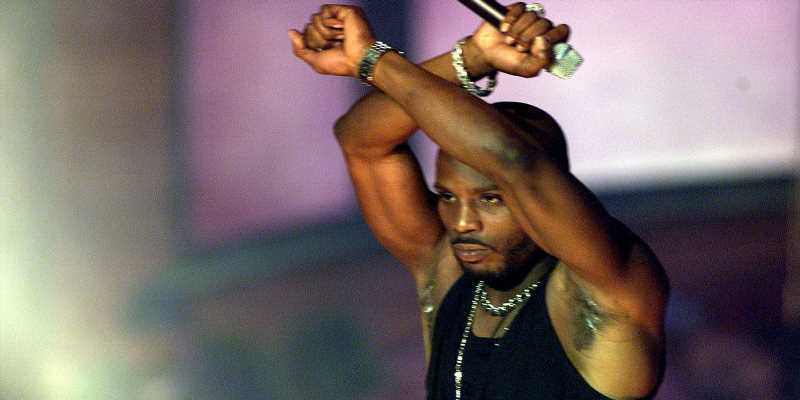 BROOKLYN, N.Y. — Whether it was by foot, train, car — or even by motorcycle or monster truck — fans found a way to pay their respects to rapper DMX.

Amid police barricades outside the Barclays Center in Brooklyn, New York,  the area was filled Saturday with public affection and respect for the late DMX, who died April 9 after suffering a heart attack. The roar of motorcycle engines blended with the thumping sounds of the rapper’s hit songs like “What’s My Name,” “Party Up (Up in Here)” and “Ruff Ryders’ Anthem.”

Fans from around the region and even as far as Florida came to show support. Self-described “die hard” fan Meia Parker, who showed up in a handmade airbrushed shirt with the rapper’s face sprawled across the front, said in her home DMX “was family.”

“I remember my grandma’s favorite song was ‘Party Up.’ She would blast that song every Friday after she came home after she cashed her check,” Parker said. “That was her song.”

Saying goodbye to DMX: Legendary rapper’s memorial services to be streamed by YouTube, BET this weekend

‘Everybody has an X story’: Rap legend DMX remembered by local New Yorkers

Before the memorial started inside the arena, a giant monster truck with some of DMX’s closest friends hanging out the side windows came barreling behind motorcycle escorts playing “What’s My Name.” The truck doors read “Long Live DMX.” DMX’s shiny red coffin with platinum handles and Ruff Ryders logos stamped on the front rode on the back of the truck closely fastened to the bed.

“When that red coffin came, I cried,” Parker said. “I was chasing it like a little girl chasing an ice cream truck with her last dollar. Listen, I felt that.”

Ruff Ryder motorcyclists filled the sunny New York skies with a thick cloud of smoke. They cranked engines, wearing shiny metallic and black helmets, black leather vests and thick boots. The riders participated in a ride out starting in Yonkers, New York, and took their rubber on the highway all the way to the front of the Barclays Center.

As they approached to the venue, they made their presence known, revving up their engines, eventually surrendering to the voice of DMX over the speakers. It was a symphony of graveling growls.