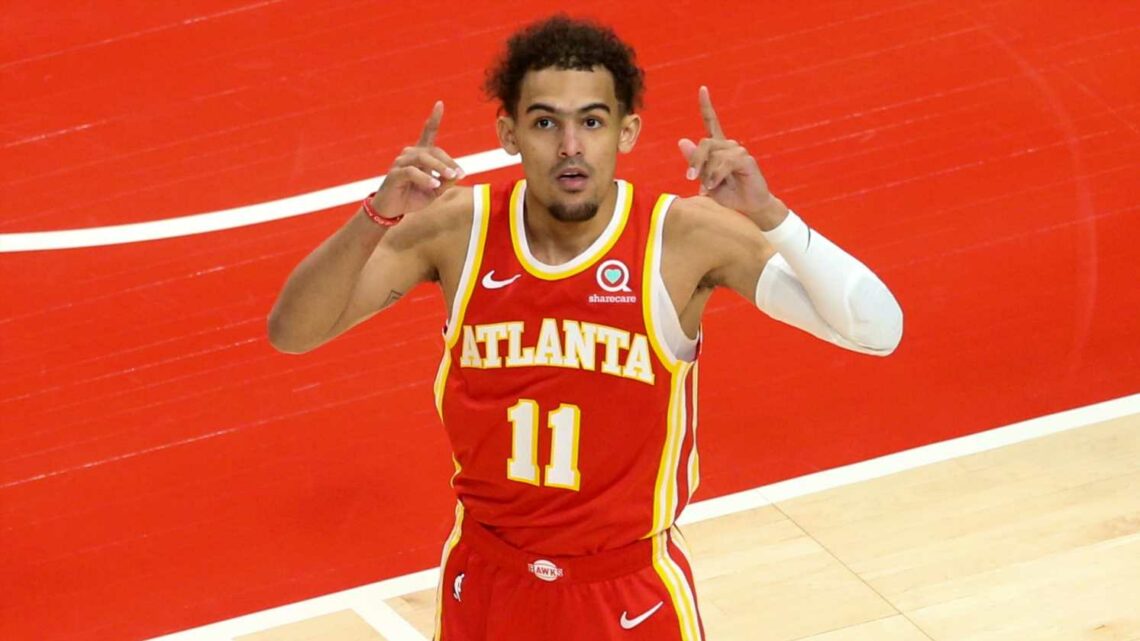 Trae Young showed he was up to the challenge of the postseason when he hit the game-winner in the closing seconds of his playoff debut.

He's continued to rise to the occasion since.

Young had 21 points and 14 assists Friday to lead the Atlanta Hawks to a 105-94 win over the New York Knicks in Game 3 of their first-round series. In his first home playoff game, Young played with the same swagger he used to silence Madison Square Garden with the winning shot in the opener and gave the Hawks a 2-1 series lead.

"It feels great," Young said. "This is my first experience at home in the playoffs. I'm looking forward to having a lot more of these because it's so much fun. There's so much buzz in the building, a lot of energy. The fans wanted it just as much as we did, so it was great to see."

“The fans wanted it just as much as we did.”⁰⁰Trae Young on his first home playoff game with the Hawks and taking a 2-1 series lead over the Knicks pic.twitter.com/JJ1wxKf10y

Young has been the ringleader of a young, up-and-coming team all season. The playoffs are a different game, but Young has played with poise and hasn't been overwhelmed by the moment. He's averaging 27.7 points and 10.3 assists through three games, while shooting 48.4% from the field and 43.8% from 3-point range.

After carrying more of the scoring load in the first two games, Young acted as the facilitator in Game 3, piling up 14 assists to just two turnovers.

"He doesn't really have a weakness," said Hawks interim coach Nate McMillan. "He takes what the defense gives him. He does a good job finding the open man when the defense collapses in the paint. When they don't, he's attacking and finishing at the rim."

The third-year All-Star is also embracing the role of showman. He shushed the MSG crowd quiet after his winner in Game 1 and shook off the spitting incident from Game 2 that resulted in a fan being banned from the arena.

After getting past Immanuel Quickley for a bucket during the fourth quarter Friday, Young let the Knicks know Quickley was too small to guard him.

The stellar play and the confidence to go with it belie Young's tender age. Still only 22, his play so far in his first postseason surely surprises many. Young, of course, isn't surprised: "I feel like I've prepared my whole life for these days, these moments."

Connecticut to offer a $1,000 bonus for individuals re-entering job market