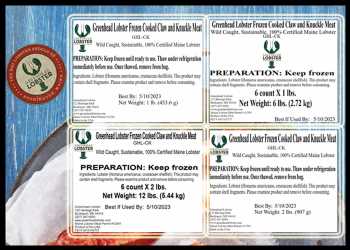 The recall involves Greenhead Lobster Frozen Cooked Claw and Knuckle Meat that comes in 2lbs and 1lbs portioned clear bag, as well as 10.3 Oz portioned printed bag. Best if Used By date varies from May 10, 2023 to August 3, 2023.

The recall was initiated after a routine sampling program by the company revealed the presence of Listeria monocytogenes.

Listeria monocytogenes is an organism that can cause serious and sometimes fatal infections in young children, frail or elderly people, and others with weakened immune systems. The short-term symptoms include high fever, severe headache, stiffness, nausea, abdominal pain, and diarrhea. Listeria infection can cause miscarriages and stillbirths among pregnant women.

However, the company has not received any reports of illnesses in connection with the issue to date.

Consumers are urged to return the affected products to the place of purchase for a full refund.

Protests Break Out at Ping An Bank
Technology