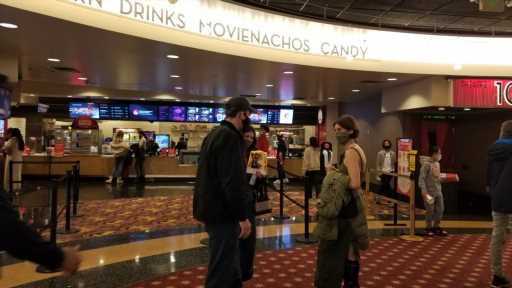 Global Box Office Makes “Asymmetrical” Recovery From Covid, Forecasters Say, With Return To 2019 Levels Not Due Until 2024

The global entertainment business is in the midst of an “asymmetrical” recovery from the effects of the coronavirus pandemic, with box office one of the clearest indications of the pattern.

According to a new forecast from PricewaterhouseCoopers, theatrical revenue won’t return to 2019 levels until 2024, though the recovery will be a “healthy” one. Streaming, though, is also growing steadily,

In its survey of 14 different sectors, from gaming to advertising to movies, across 53 territories, PwC said theatrical receipts will total $45.2 billion in 2024. (That figure includes on-screen advertising.) In 2020, as most movie theaters were forced to shutter around the world, the tally was just $13 billion.

Across every sector, the total entertainment and media business experienced a nearly 4% year-over year decline in 2020, to $2 trillion. That’s the biggest since PwC has started analyzing the numbers. The drop “has left some scars,” the company concluded, noting its survey of CEOs found just 34% of them feeling confident in their organization’s prospects for growth over the next year. That level was lower than the overall global average of 36%.

PwC sees annual growth of 5% through 2025, when overall entertainment and media revenue will reach $2.6 trillion.

Streaming, of course, is a major source of theatrical angst, with movies having bypassed theaters or seeing additional availability on new subscription services. Disney over the weekend found fertile ground with Black Widow rolling out via Premier Access in addition to theaters.

Overall growth in streaming will grow by an annual rate of 10.6 through 2025, PwC predicts. The peak growth year was 2020, when new services from Disney, Apple and WarnerMedia hit the market. By 2025, when subscription services will pull in $81.3 billion globally.

Globally, the streaming landscape is growing more populous and targeted, the forecast notes. The business models have also continued to shift in striking ways.

“The expanding array of global streaming services now available in territories worldwide is supplemented in most cases by a slew of local providers,” the forecasters write. “In Brazil, local provider Globoplay expanded rapidly in 2020 and now has more than 20mn subscribers, at a highly affordable cost of about US$7 per month. India’s subscription OTT providers span a vast range of price points, from US$4 a year to US$120 a year. Many regional, local language–based players are gaining market share, including the South Indian platform Aha, which offers Telugu-language content for as little as a
US$6 annual subscription and has grown rapidly since its launch in March 2020.”

Special Administrators of SVS Securities Warn about a Fraudulent Email