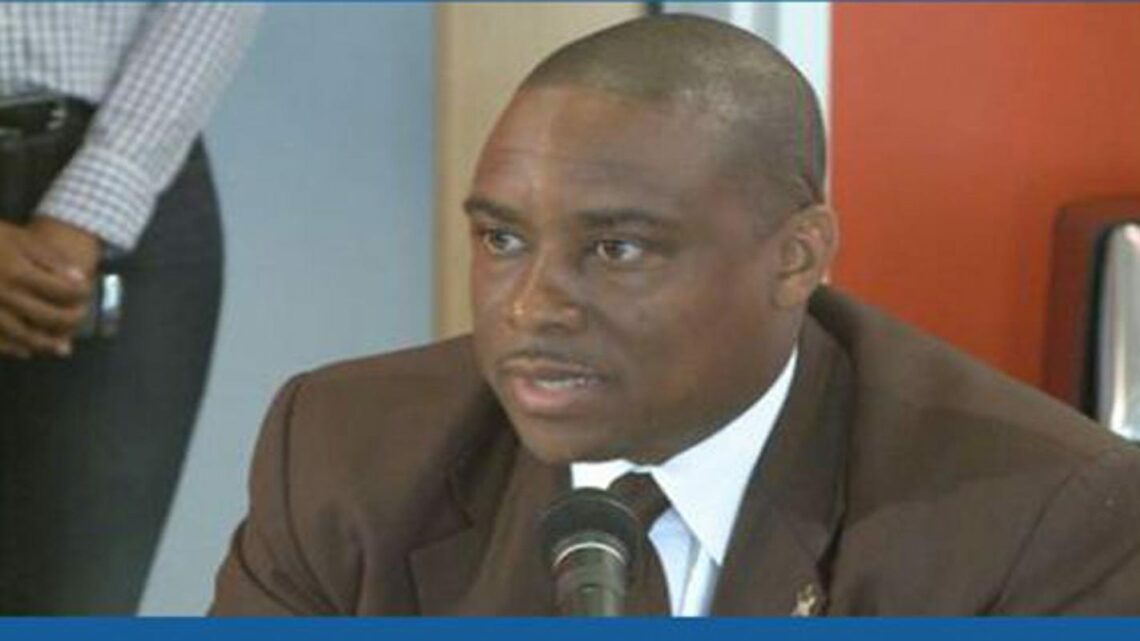 A Georgia sheriff is facing federal civil rights charges after prosecutors say he punished people in his custody – including a 17-year-old boy accused of vandalism – by strapping them in a restraint chair for hours.

Clayton County Sheriff Victor Hill was indicted this month after prosecutors alleged he used unreasonable force when ordering pretrial detainees to be restrained for hours even while they posed no threat and complied with police. The indictment was filed April 19 and unsealed by a federal judge Monday.

In one instance, two detainees were strapped side-by-side in restraint chairs for hours last February, according to the indictment. The two were not allowed to use the bathroom, and one urinated on himself, prosecutors say.

“I’m a sit your (expletive) in that chair for 16 hours straight,” Hill allegedly told the detainees. “Do you understand me? I need to hear from both of y’all that y’all not gonna show y’all’s (expletive) in my county no more.”

Hill received training that force may not be used as punishment and he approved a policy emphasizing the restraint chair “will never be authorized as a form of punishment” but only used with a violent or uncontrollable person to prevent injury or property damage if other techniques are ineffective, according to the indictment.

Christopher Macrae, a special agent with the FBI in Atlanta, said Hill “abused his privileges and abandoned his responsibilities,” according to a statement.

“Badges and guns don’t come with the authority to ignore the Constitution,” he said.

Hill was released on bond Tuesday, one of his lawyers said. In a statement, Hill said he is in “the process of fighting a political motivated federal legal case.”

“I will continue to focus on the mission of fighting crime in Clayton County for continued success,” Hill said in the statement.

Drew Findling, an attorney for Hill, described him as “a beloved sheriff who is overwhelmingly supported by his community” and called the case against him “nonsensical.”

Clayton County deputies arrested a man, referred to as J.A. in the indictment, last year in connection to an assault of two women at a grocery store. When J.A. asked whether he was entitled to a fair trial, Hill allegedly stated, “You entitled to sit in this chair, and you’re entitled to get the hell out of my county and don’t come back” before J.A. was put in a restraint chair.

Months later, a 17-year-old boy identified as C.H. was accused of vandalizing his family home during an argument with his mother. When a deputy texted a picture of C.H. to Hill, he responded by texting, “How old is he?” according to court documents. When Hill learned the teen’s age, he responded: “Chair.”

The next morning, a man identified as J.H. was arrested following a domestic disturbance. He was soon strapped into a restraint chair for several hours before urinating in the chair, court documents say.

The fourth detainee, identified as G.H., had a payment dispute over landscaping work with a deputy. In April, Hill called G.H. to warn him to “stop harassing his deputy” before G.H. responded by telling Hill to “go (expletive) (him)self” and that his deputy should pay his bill.

Prosecutors say Hill sent “an armed fugitive squad” to find him. After hiring a lawyer, G.H. turned himself in. Surveillance footage showed G.H. cooperating with law enforcement, the indictment says, but Hill allegedly ordered that G.H. be strapped in the chair.

After George Floyd: Derek Chauvin’s conviction is progress, but it ‘will do nothing to change’ urban policing on its own

“Our constitution prohibits law enforcement officers from using unreasonable force,” Acting U.S. Attorney Kurt R. Erskine said in a statement. “Without justification, Sheriff Hill allegedly ordered four detainees to be strapped into restraint chairs for hours. In so doing, he caused pain and injury to the detainees in his care.”

“Such abuses of power not only harm the victims,” he added. “They also erode the community’s trust in law enforcement.”

Hill is no stranger to controversy. On his first day of office in 2005, he fired 27 deputies. The New York Times reported he ordered snipers to stand guard as the deputies were escorted out. As part of a tough-on-crime stance, Hill used tanks and military equipment during drug raids.

Hill was also acquitted of more than two dozen corruption charges in 2013 and pleaded no contest to a reckless conduct charge in 2016 after shooting and injuring a woman in May 2015. Hill and the woman said it was an accident that happened while they were practicing police tactics.

A lawsuit from civil rights groups is still pending after accusing Hill of failing to protect people held in the Clayton County jail from the coronavirus.

‘America is on the move again,’ Biden will say in first speech before Congress

A Trump loyalist was found guilty of making death threats against lawmakers, including AOC, Pelosi, and Schumer
Technology