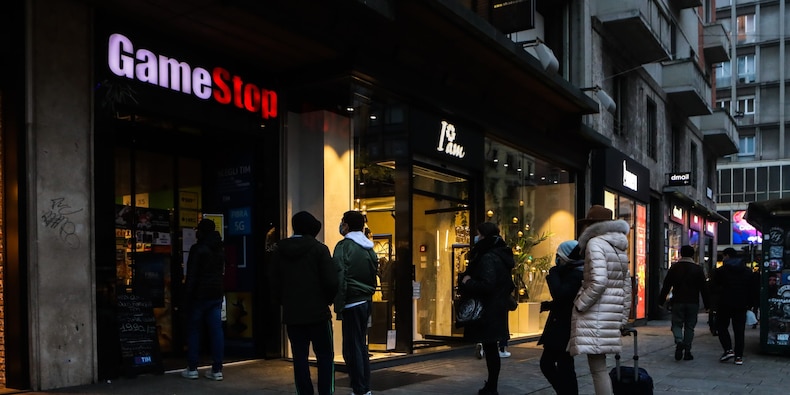 After weeks of unrelenting gains for GameStop shares, Reddit traders seem to have beaten Wall Street.

Melvin Capital and Citron Research closed their short positions on GameStop stock after the company’s massive rally formed an extraordinary short squeeze. The former ate a huge loss when it ended its bearish bet Tuesday afternoon, according to CNBC.

Citron managing partner Andrew Left said in a Wednesday video that the majority of the firm’s position was covered when GameStop traded around $90 at “a loss of 100%.” He added that he maintains a smaller position in the stock.

“We’ll become more judicious when it comes to shorting stocks. ” Left said. “Doesn’t mean the industry is dead, but it just means you have to be more specific.”

Read more: ‘We’re very surprised we didn’t underperform in the fourth quarter’: Cathie Wood and her analysts break down their stock-selection process and the top 10 picks that contributed to the outperformance of ARK ETFs in Q4 2020

GameStop shares have surged more than 700% in January as a horde of retail investors bid up shares and cheered each other on in Reddit forums like WallStreetBets. The growing crowd of day traders pegged Citron and Melvin Capital as their primary antagonists early in the rally, hoping to profit by forcing shorts to cover their bets.

Where past Reddit-fueled rallies typically died off in a matter of days, GameStop’s climb has gained momentum. The stock leaped higher in Tuesday trading after billionaire investor Chamath Palihapitiya tweeted he bought call options on the stock with a February 19 expiration.

Shares skyrocketed once again when, minutes after markets closed on Tuesday, Tesla CEO Elon Musk simply tweeted “Gamestonk” and a link to the WallStreetBets forum.

GameStop’s new crowd of bulls got their first taste of blood on Monday when The Wall Street Journal reported that Melvin Capital would receive a $2.75 billion investment from Citadel and Point72 Asset Management. The sum was expected to buoy the short-seller after losing nearly 30% through Friday. While the firm had bet against several other stocks, its GameStop short is believed to have driven the bulk of the losses.

More broadly, GameStop short-sellers have lost more than $5 billion in the year-to-date, according to data from financial-analytics firm S3 Partners. Back-to-back rallies have pushed out older shorts, but demand to bet against the stock remains “extremely strong,” Ihor Dusaniwsky of S3 said.

MORGAN STANLEY: Buy these 9 sports-betting stocks ahead of the industry’s expected legalization in 12 states this year and its growth to $10 billion in 2025

How to Stay Healthy With Zero Social Distancing: Study the Bee
Technology