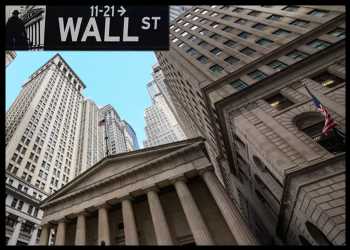 After ending yesterday’s choppy session modestly lower, stocks may move back to the upside in early trading on Wednesday. The major index futures are currently pointing to a higher open for the markets, with the Dow futures up by 87 points.

Early buying interest may be generated by continued economic optimism as the country continues to reopen following the coronavirus pandemic.

Shares of Royal Caribbean (RCL) are seeing notable pre-market strength after the cruise operator became the first to receive approval from the Centers for Disease Control and Prevention to begin test sailing in U.S. waters.

Norwegian Cruise Line Holdings (NCLH) may also move to the upside after announcing the next phase of its planned resumption of cruising across its three cruise lines, revealing plans for eight additional ships to relaunch beginning this fall.

The news from the cruise lines comes amid other signs of the steady reopening of the economy as an increasing number of Americans receive a coronavirus vaccine.

A continued rebound by bitcoin may also generate positive sentiment on Wall Street, with the cryptocurrency climbing back above $40,000.

Electric car maker Tesla (TSLA), which is a large holder of bitcoin, is moving notably higher in pre-market trading.

Nonetheless, overall trading activity may be somewhat subdued as traders continue to look ahead to a closely watched reaching on inflation on Friday.

Stocks moved to the upside early in the trading day on Tuesday but failed to sustain the advance and showed a lack of direction over the course of the session. The major averages spent much of the day lingering near the unchanged line.

In overseas trading, stock markets across the Asia-Pacific region turned in a mixed performance during trading on Wednesday. Japan’s Nikkei 225 Index rose by 0.3 percent, while Australia’s S&P/ASX 200 Index fell by 0.3 percent.

Meanwhile, the major European markets have all moved to the downside on the day. While the U.K.’s FTSE 100 Index has dipped by 0.3 percent, the German DAX Index is down by 0.1 percent and the French CAC 40 Index is just below the unchanged line.