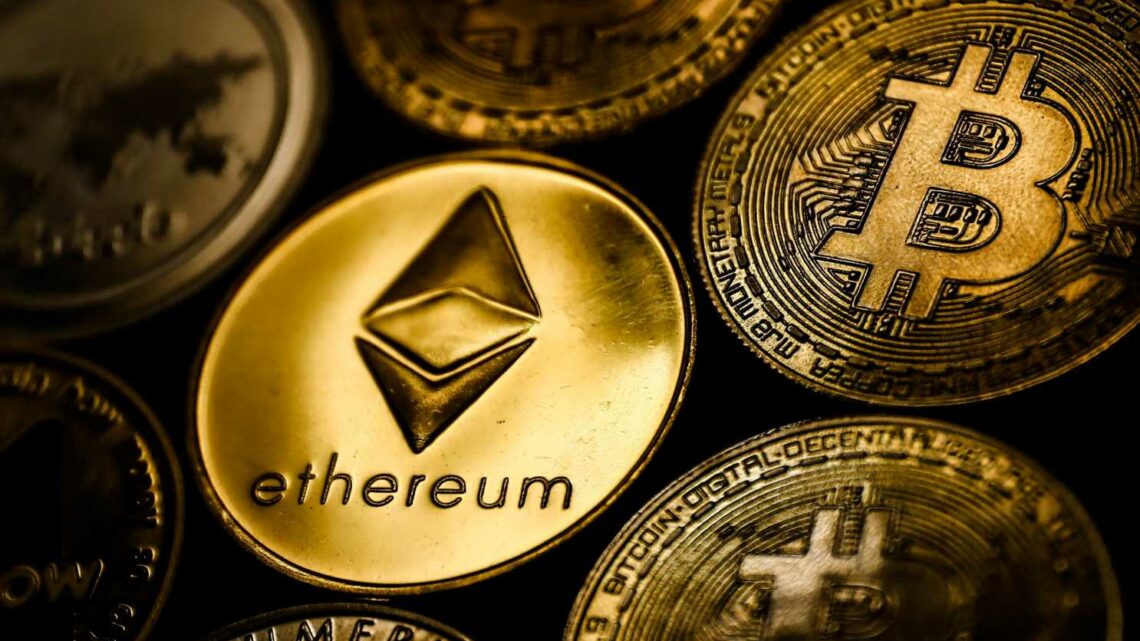 From pushback on Facebook's digital wallet to iris scanning for free coins: 6 things that happened in crypto this past week

The top cryptocurrencies by market value are starting the week in the green after a few major industry milestones.

Bitcoin hit an all-time high on Wednesday, topping $66,000 after the first U.S. bitcoin futures exchange-traded fund made its market debut on Tuesday. It's now trading at around $62,728, according to Coin Metrics.

In addition, here are six other key things that happened in the crypto space this past week.

On Tuesday, the ProShares futures-based bitcoin ETF made its market debut on the New York Stock Exchange under the ticker "BITO."

The bitcoin futures ETF tracks contracts that speculate on the future price of the digital asset, rather than the current or "spot price" of the cryptocurrency itself. As a result, the prices of the ETF and bitcoin won't match.

Nonetheless, the ProShares bitcoin futures ETF saw one of the "biggest first days on record for ETFs," CNBC reported, raking in $550 million.

Also on Tuesday, Senate Democrats wrote a letter to Mark Zuckerberg, CEO of Facebook, in an effort to push the social media giant to end its digital wallet project, Novi.

The letter, which was written by Sens. Brian Schatz, D-HI.; Sherrod Brown, D-Ohio.; Elizabeth Warren, D-Mass.; and others, came after Facebook launched its Novi pilot program in the U.S. and Guatemala on Tuesday.

"Facebook cannot be trusted to manage a payment system or digital currency when its existing ability to manage risks and keep consumers safe has proven wholly insufficient," the letter read. "We urge you to immediately discontinue your Novi pilot and to commit that you will not bring Diem to market."

Diem, rebranded from Libra, is Facebook's halted digital currency project. But, rather than use Diem, Facebook announced it plans to use a stablecoin called the Paxos Dollar. Novi would let users send and receive money using the Paxos Dollar, with Coinbase as its custody partner.

Silicon Valley tech millionaire Sam Altman launched a new start-up called Worldcoin, which claims it will give free cryptocurrency to those who verify their accounts by taking an iris scan.

Worldcoin says it has shipped its scanning devices to people in 12 countries.

Once users sign up by having their iris scanned, the image is encrypted and becomes a unique code, while the original data is deleted to protect users' privacy, Worldcoin told CNBC. Then, users are given Worldcoin's cryptocurrency for free.

Worldcoin has amassed over 100,000 users globally and is onboarding 700 more each week. The start-up aims to hit 1 billion users by 2023.

During CNBC's Disruptor 50 summit on Thursday, Robinhood CEO Vlad Tenev said that the waitlist for the trading app's crypto wallet has more than 1 million customers.

"You can have a wallet, you can send people cryptocurrencies from that wallet to their wallet," Tenev said. "There's certain advantages that are in the technology that make it kind of global and accessible by default and that makes it very interesting."

5. Mastercard says any bank or merchant on its network can soon offer crypto services

On Monday, CNBC reported that Mastercard will soon enable the banks and merchants on its payments network to integrate cryptocurrency into their products.

This includes bitcoin wallets as well as credit and debit cards that allow users to earn cryptocurrency rewards or spend cryptocurrency.

Mastercard is partnering with Bakkt, a digital asset platform, which will provide custodial services for those who sign up.

About 500 million eNaira, or about $1.21 million, has already been minted, Godwin Emefiele, governor of the central bank of Nigeria, said during its launch.

The eNaira is designed to complement Nigeria's physical currency and not replace it.

Mariah Carey Is Putting Money in the Gemini Exchange
Technology