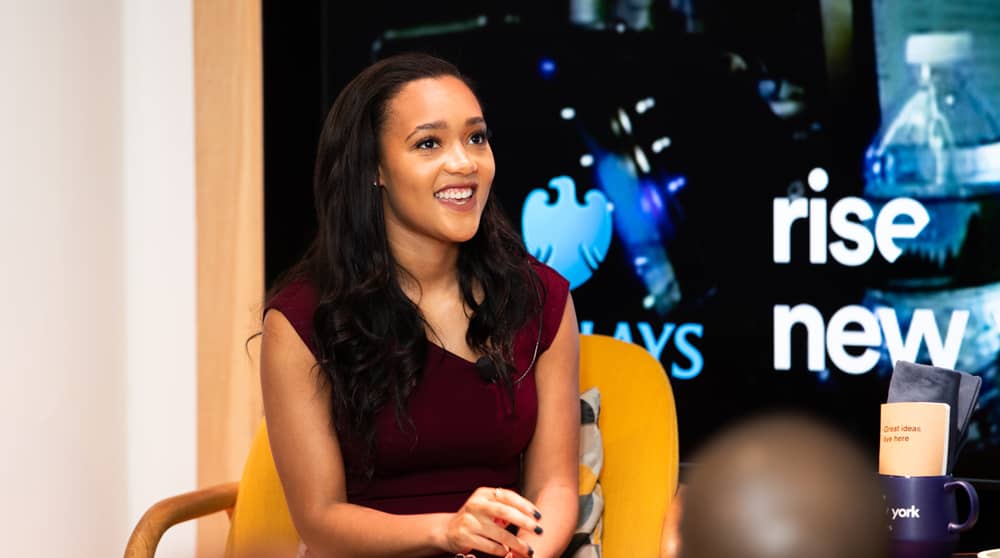 [The stream is slated to start at 1p ET. Please refresh the page if you do not see a player above at that time.]

Former New York Stock Exchange traders Lauren Simmons and Martina Edwards are coming together for a live conversation with CNBC Make It on March 24 to discuss money, diversity and their barrier-breaking careers in finance.

Edwards, who currently serves as chief of strategic partnerships at Access to Capital for Entrepreneurs, as well as venture partner at Zane Venture Fund, first made history in 2004 as Merrill Lynch's first Black female trader, making her the first Black woman to serve as a trader on the floor at the NYSE.

More than a decade after Edwards' history-making role, Simmons broke a barrier at NYSE by becoming the youngest full-time female trader on the floor in 2017 at just 22 years old, as well as just the second Black woman to trade on the floor. Simmons, who worked for Rosenblatt Securities, left Wall Street in December 2018 and now serves as a personal finance speaker, author, producer and host of the new streaming series "Going Public."

In a live discussion for Equal Pay Day, both Simmons and Edwards will talk about their non-traditional paths to Wall Street, their experience working at NYSE and the overall state of diversity in finance today. Be sure to catch the conversation, moderated by CNBC Make It reporter Courtney Connley, at 1 p.m. EST on CNBC Make It's YouTube channel, Facebook and Twitter.