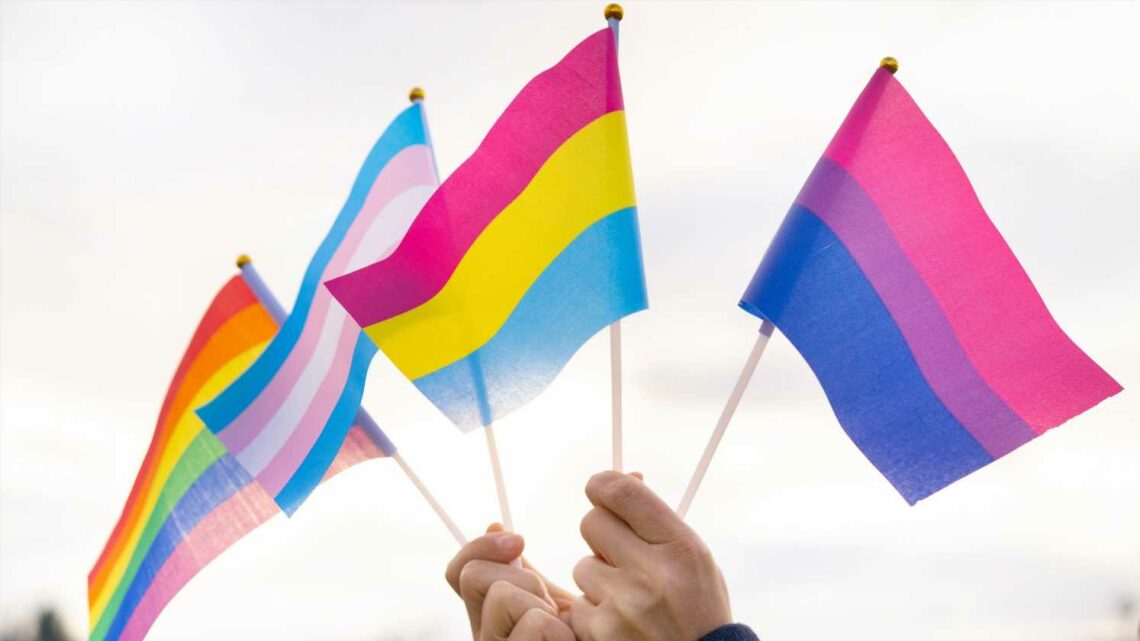 A middle school in Florida suspended multiple students after video of a fight with classmates over a display of LGBTQ Pride flags was shared on social media.

Leo Hoffman, 12, was outside for lunch with classmates at Seminole Middle School on May 28 when a male student grabbed one of their Pride flags and threw it in the trash, Bay News 9 reported.

Hoffman, who is nonbinary and uses they/them pronouns, went to retrieve the flag, but the same male student grabbed it back after Hoffman put it on their back as a cape. A fight then ensued.

“Nonbinary” refers to someone who does not identify only as a man or a woman, i.e. the traditional gender binary, according to the Human Rights Campaign.

The incident was captured on video and posted to Twitter by a relative to Hoffman who said, “This is a video of my little sibling Leo who is non-binary being drug to the ground, stomped on, and covered in water just for wearing a pride flag at school.”

Warning: The video below includes language and aggressive actions.

This is a video of my little sibling Leo who is non-binary being drug to the ground, stomped on, and covered in water just for wearing a pride flag at school. Please call Seminole Middle and request #justiceforleo at 727-547-4520 pic.twitter.com/VwNRidkeuj

The 45-second video shows a child holding on to the rainbow flag on the ground while a group of students tries to pull it away.

One student is also seen kicking another in the stomach to get the other student to let go of the flag.

USA TODAY has reached out to the relative for comment.

‘It remains purely symbolic’: Why rainbow capitalism can be harmful to LGBTQ people

‘Literally blew up’: Boaters flying pride flags say they were harassed. Then, this happened.

Isabel Mascareñas, the public information officer for Pinellas County Schools, said the behavior was “unacceptable and inappropriate” and the aggressors in the incident were suspended or reassigned to an alternative middle school.

The Pinellas County Sheriff’s Office told USA TODAY they are investigating the incident and could not provide further information.

“Pinellas County Schools does not tolerate this behavior. The school district welcomes everyone and we teach students to respect and accept others,” Mascareñas said.

“Leo was frightened. Not so much for themselves but for their friends. Leo is very strong and would do anything to protect their friends,” Benjamin Hoffman, Leo’s father, told Bay News 9.

Benjamin told Bay News 9 that Leo was doing well but opted to keep them out of school this week.