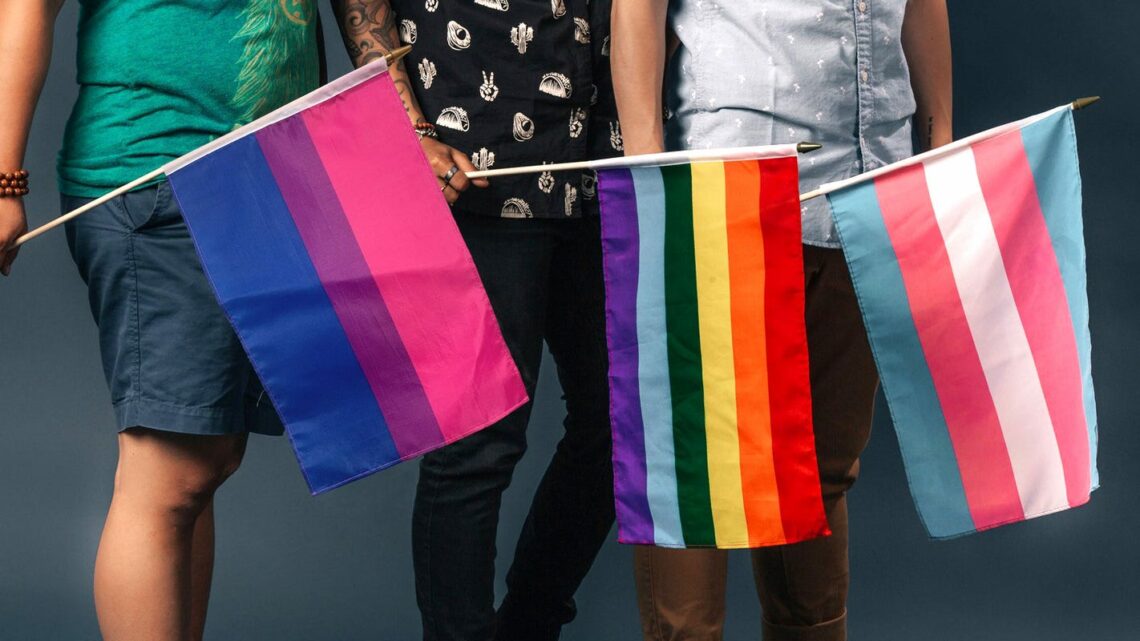 In a conservative Oklahoma community, one dad is supporting his gay son with a Pride flag outside their home.

The flag-hanging moment was captured on TikTok and has over 1 million views and 400,000 likes.

“There’s a lot of Q flags in our neighborhood, a lot of Trump flags and Blue Lives Matter Flags, [but] you don’t see any pride flags at all,” John Wyatt, the father, told Buzzfeed.

On Sunday in Owasso, John told viewers they “we’re fixin’ to shock Oklahoma,” by his son, Caden Wyatt, 15, hanging the “ally flag” with Lady Gaga’s “Born This Way” playing in the background.

Happy Pride Month to y’all, especially to my son! Love you @cadenwyatt12 ##pridemonth##pride2021🏳️‍🌈##ally##prouddad##proudmom Just do you boo…❤️

The Ally Pride Flag is for heterosexual or cisgender people who want to show support to the LGBTQ+ community. It features black and white stripes and a rainbow letter A.

Caden came out to his family over a year ago and told Buzzfeed he was lucky to have supportive parents. By hanging the flag, this was the most people he ever told he was gay.

“I was kind of nervous at first, because I didn’t know how people were going to act, but I just don’t really care what they think anymore,” Caden said. “I’m just going to be myself.”

‘I’m excited to make Pride just last all’: Celebrating in person and online across US

In the past, John was not supportive off the LGBTQ community due to his conservative and religious views, Buzzfeed reported. That all changed when he and his wife realized early on that Caden might be gay.

“That’s when we really started embracing [the community], because we knew our son was gay, and at any time he could come out,” John told Buzzfeed.

There were some debates in the comment section on TikTok whether they ally flag was the right choice, but John told viewers in another video he had done his research and Caden told his parents to buy it to show him support.

Caden told Buzzfeed he wants the flag to symbolize a safe place and that his entire family supports the LGBTQ community.

“I want people to know that my parents have their back, and so do I,” Caden said.