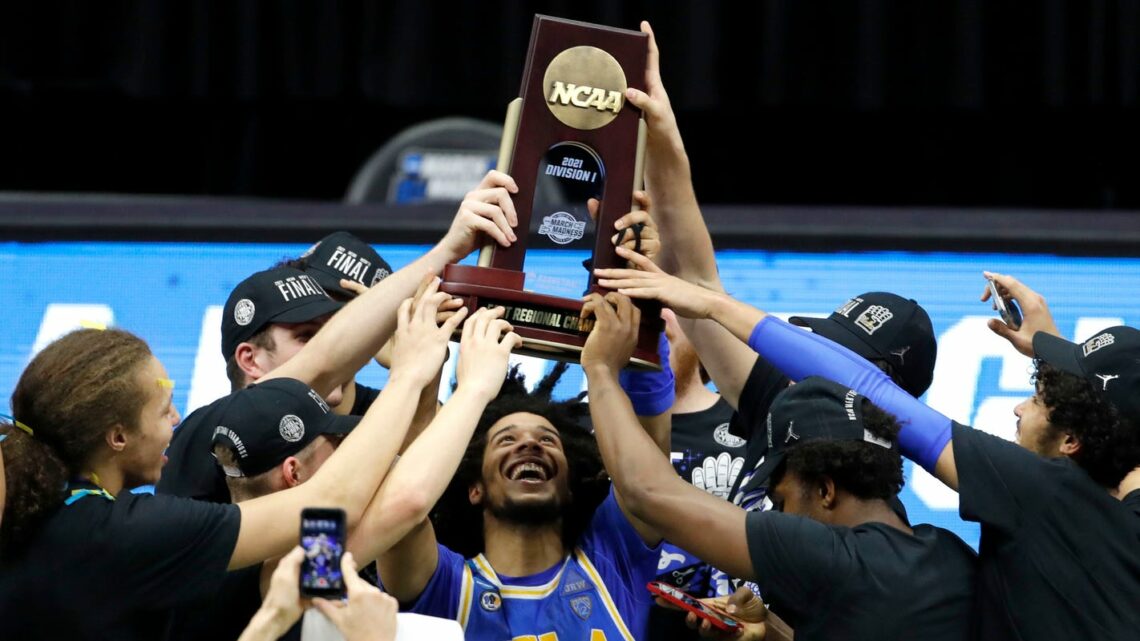 The finale to one of the most exhilarating men's NCAA Tournaments in recent memory will showcase four teams vying for a national championship.

Two of those teams we surely expected to be here in April – Gonzaga and Baylor. One of them, Houston, we shouldn't be surprised is here. The last one, well, no one thought No. 11 seed UCLA would still be playing.

That's why it's March Madness, and that's why the Final Four can give us more mayhem to cap it all off.

A look at five bold expectations for the three remaining games in the 2020-21 men's college basketball season:

The Bruins (22-9) play with a signature brand of toughness that coach Mick Cronin fosters and it's paid off in March, as the resilient group has gone from 17 points down against Michigan State in the First Four to stunning the top two seeds of the East Region. The viewpoint by many experts is that Gonzaga will handily rout a happy-to-be-here UCLA. But that's the exact type of motivation a group that already plays with a chip on their shoulder needs. If UCLA's guards (Johnny Juzang, Jaime  Jaquez Jr., Tyler Campbell and Jules Bernard) are all scoring and the Bruins can slow the tempo of the game with solid defense – as they did against No. 1 Michigan – there's a fighting chance. Considering how big of a favorite Gonzaga is, it'd be a shocker if this game is close. Don't be so shocked, though, when it is.