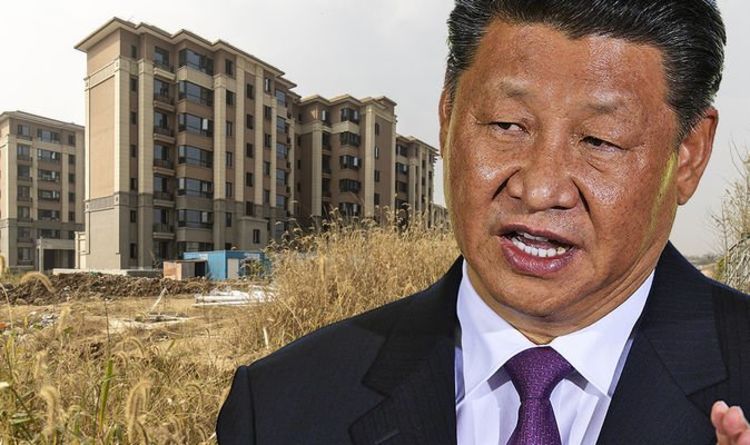 Financial crash fears as Evergrande debt payments not yet received

According to Reuters two people with knowledge of the matter said a number of bond holders had not received coupon payments by close of business in Asia today. Evergrande is running out of time as a 30 day grace period comes to an end on Wednesday US time. If Evergrande defaults if could spark a major credit crunch with banks and other lenders forced to lend less, leaving other companies struggling to borrow money. Mattie Bekink from the Economist Intelligence Unit told the BBC: “The financial fallout would be far reaching. Evergrande reportedly owes money to around 171 domestic banks and 121 other financial firms.”

Around $19bn (£14.07bn) of Evergrande’s debts are to international investors raising the fears of impacts being felt on markets around the world.

In a report on financial stability the Fed admitted: “Financial stresses in China could strain global financial markets through a deterioration of risk sentiment, (and) pose risks to global economic growth.”

A figure which could double in the bank’s worst case scenario.

The report warned: “Economies most exposed to China’s domestic demand are commodity producers including Chile, Australia and Brazil, and Asian economies including Vietnam, Malaysia, Taiwan and Korea.”

China’s property sector wobbled further this week as another developer, Kaisa, appealed for help to pay its loans, workers and suppliers in a meeting with a government think-tank.

The struggles of China’s property industry is particularly concerning given the fact the sector accounts for 29 percent of the country’s GDP, far ahead of most developed nations.

Despite being a major source of China’s growth for many years debt has now caught up with many firms struggling with new restrictions from the Chinese government.

Evergrande currently has over $300bn (£221.14bn) worth of debt and has been stumbling between payment deadlines for several months.

Starting from September 23rd it missed several coupon payments triggering a 30 day grace period each time with the latest of these expiring today.

So far it has narrowly made the end of the grace periods each time.

It has been reported Chinese authorities have told Evergrande’s billionaire owner Hui Ka Yan to use his personal wealth to help bailout the company.c

If Evergrande makes payment today it will still face further payments to come with another 30 day grace period ending on the 6th December.

Cardano Consolidates Above $2.20 Support and Could Continue Its Upward Movement
Technology