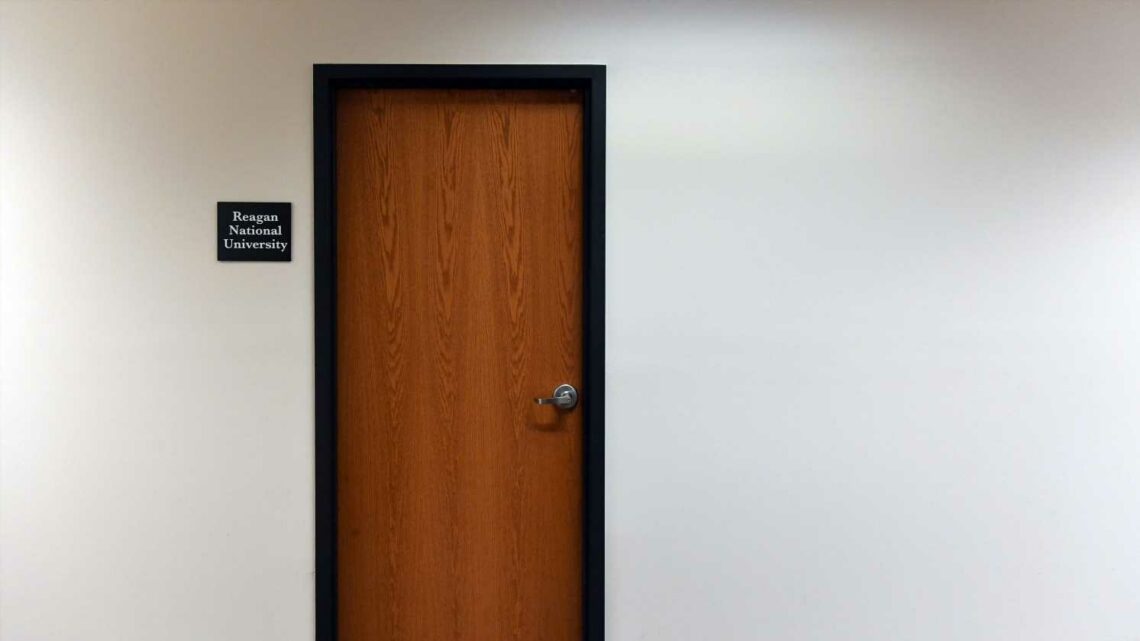 The U.S. Department of Education is canceling its recognition of an agency that signed off on a South Dakota college, even though it didn’t seem to have students or professors.

The agency, the Accrediting Council for Independent Colleges and Schools, had approved Reagan National University in Sioux Falls. But USA TODAY Network investigation last year found no evidence of students or faculty at the college at all.

“ACICS’s significant and systemic noncompliance with multiple regulatory recognition criteria leaves me no reasonable option but to terminate its recognition, effective immediately,” wrote Jordan Matsudaira, deputy undersecretary for education, in a notice posted Wednesday to the Department of Education’s website.

A sign for Reagan National University is posted outside one of two locked doors in a Sioux Falls office building in January 2020. (Photo: Erin Bormett / Argus Leader)

The Education Department doesn’t individually accredit colleges. Instead, it relies on third-party agencies known as accreditors to vet schools. Those that are approved can access taxpayer money in the form of grants and student loans.

ACICS’ loss of accreditation means the roughly 60 colleges the agency had approved will need to find a new accreditor if they want to keep accessing federal money. ACICS’ members are mostly for-profit colleges and rely heavily on federal funding to keep afloat.

The agency had a history of approving questionable colleges, with devastating consequences. It accredited ITT Tech, Corinthian Colleges and Brightwood College, massive for-profit universities whose sudden closures last decade left thousands of students without degrees and undermined the value of the education of those who did graduate. Those closures led President Barack Obama’s Education Department to strip ACICS’ powers in 2016.

After a federal court decision, President Donald Trump’s administration and then-Education Secretary Betsy DeVos reinstated the accrediting agency. By that point, it had lost dozens of colleges and their membership fees. It needed new members, and fast.

The decision in 2017 to approve Reagan National University as a viable college called into question ACICS’ ability to hold colleges accountable for the education they’re supposed to provide.

‘A big concern’: After we couldn’t find students or faculty at college, agency scrambled to crack down