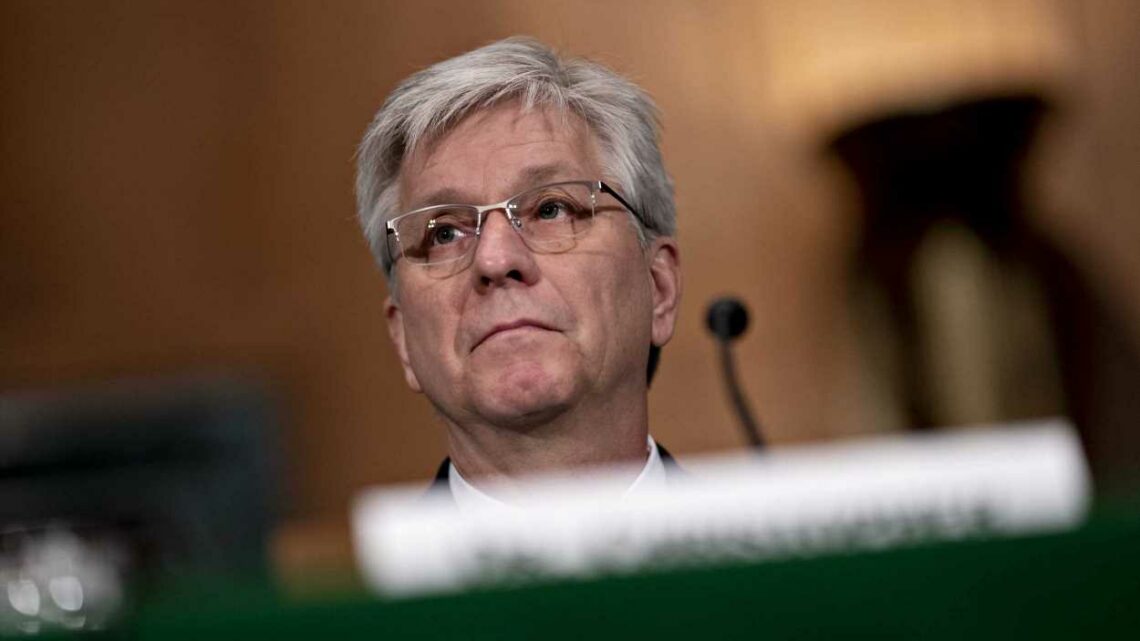 The Federal Reserve could begin slowing down its bond purchases as early as October under a scenario central bank Governor Christopher Waller set out to CNBC in a Monday interview.

Should the August and September jobs report show growth in the 800,000 range, that would get the U.S. economy near its pre-pandemic level and, Waller said, meet the Fed's benchmark for when it starts tightening policy.

"In my opinion, that's substantial progress and I think you could be ready to do an announcement in September," he told CNBC's Sara Eisen on "Closing Bell."

"That depends on what the next two job reports do," he added. "If they come in as strong as the last one, then I think you've made the progress you need. If they don't, then you're probably going to have to push things back a couple months."

Nonfarm payrolls added 850,000 in July and are on track to grow by 788,000 in August, according to the latest Dow Jones estimate. The U.S. economy has recovered 15.6 million jobs since May 2020 after losing 22.4 million in the first two months of the pandemic.

Despite the rapid pace of recovery, the Fed has kept its ultra-loose crisis-era policy tools in place, including holding benchmark interest rates near zero.

However, Waller said the time is nearing for the Fed to start easing its foot off the accelerator, and he said the pace of tightening could be faster than the Fed has done before.

"In my view, with tapering we should go early and go fast in order to make sure we're in position to rate rates in 2022 if we have to," he said. "I'm not saying we would, but if we wanted to, we need to have some policy space by the end of the year."

The Fed is currently buying at least $120 billion of bond each month, split between $80 billion in Treasurys and $40 billion in mortgage-backed securities. While the Fed reduced its purchases by $10 billion a month during its last round of tapering, Waller said he sees a faster pace this time, with the asset purchase program halted in five or six months after the process begins.

"You want to get it done and get it over with," he said.

While Fed officials mostly say they still have more ground to make up on the employment side of their mandate, inflation is well above the central bank's 2% target.

Like his fellow central bankers, Waller said the most likely path for inflation is a return to normal once pandemic-specific effects wear off. However, he remains concerned over some things he sees.

"My concern is just anecdotal evidence I'm hearing from business contacts, who are saying they're able to pass prices through. They fully intend to. They've got pricing power for the first time in a decade," he said. "Those are the sorts of issues that make you concerned that this may not be transitory."