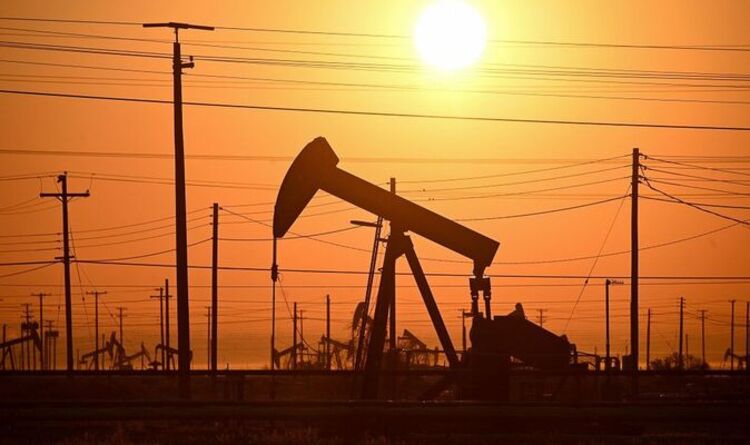 Part of the recent fall in prices can be linked to plans by the US and its allies to release large quantities of oil from strategic reserves.

The International Energy Agency (IEA) has this week detailed a breakdown of the volume of releases planned, with the US making up just over half of the 120 million barrels set to be added to global markets in the next six months.

The next biggest volume comes from Japan at 15 million while the UK is set to contribute 4.4 million barrels.

Executive Director of the IEA Fatih Birol said the action was needed “to relieve some of the strains in energy markets.”

However analysts have questioned whether the releases will be enough to tame oil markets in the long run, which had already seen strained capacity before the outbreak of war in Ukraine.

ANZ Research warned the move could also backfire if it encouraged members of the Organisation of Petroleum Exporting Countries (OPEC) to hold off accelerating production.

Tammy Da Costa, an analyst at DailyFX, said: “The decision made by the US and members of the EIA to release massive amounts of oil from its reserves will likely provide a temporary buffer for oil prices but the long-term trajectory remains uncertain.

“Because of Europe’s extreme reliance on Russian oil and gas, the ban and sanctions against Russia are extremely concerning, and an extension of the war and additional intervention from global leaders will likely place pressure on OPEC to ramp up supply but if producers cannot compensate for the consequential short-falls from Russia, I believe that we will have a larger issue at hand which may only get priced-in at a later stage.”

While OPEC has responded to pressure with plans to increase production it has been consistently falling short of its quotas with a number of members struggling to bring production back to pre-pandemic levels.

Analysis by S&P this week found oil production by OPEC and its allies fell in March for the first time in over a year.

Libya in particular has seen output fall after its largest oil field was closed due to civil unrest while Kazahkstan has seen storm damage cause major disruptions.

Unsurprisingly Russia saw a large dip in production in response to increasing sanctions which have seen markets for Russian oil closed off.

According to JPMorgan, the release of strategic reserves would “go a long way in the short term” to compensate for the loss of Russian oil.

However the bank warned: “Looking forward to 2023 and beyond, global producers will likely need to ramp up investment to both fill the Russia-sized gap in supply and restock IEA strategic reserves.”

While supply pressures remain an issue, volatile demand could also help cool markets in the short term, particularly in China.

With the country currently grappling with surging Covid outbreaks and an extended lockdown in Shanghai demand for oil has fallen as economic activity has been restricted.

The lockdown of China’s economic capital comes following similar shutdowns in key industrial regions such as Shenzhen which have seen factory closures and disruption to shipping.