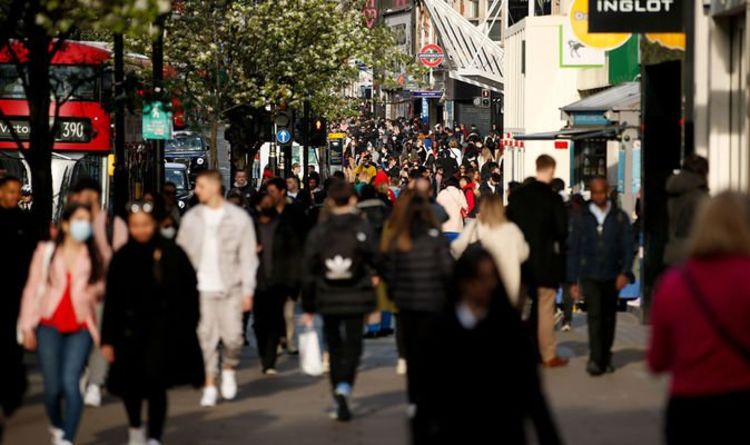 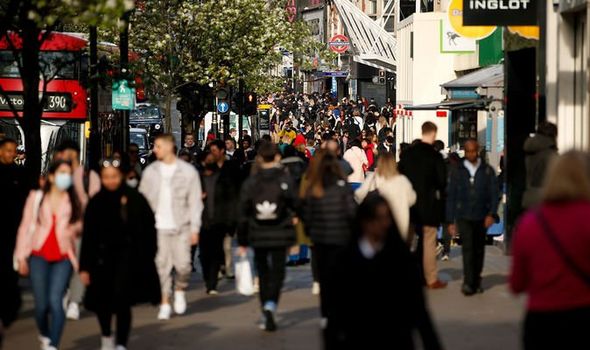 Helen Dickinson, BRC director-general, said: “It will take continued agility and resilience if they are to battle the storm ahead, while also tackling issues from labour shortages to rising transport and logistics costs.”

Barclaycard said it was still up 12.2 percent in December compared with 2019 – before the Covid crisis struck.

But spending on non-essentials rose only 11.5 percent, down from November’s 18.3 percent.

The payments giant said it could be due to early November Christmas shopping but also people avoiding high streets due to Omicron. Work-from-home guidance also had an impact, as did cancelled Christmas parties.

The figures also revealed the impact of Omicron on hospitality. Spending in restaurants fell by 14.1 percent last month.

Jose Carvalho, at Barclaycard, said: “While consumer card spending levels are up on 2019, December was a mixed picture for retail, hospitality and leisure.”

What is happening where you live? Find out by adding your postcode or visit InYourArea

Ms Dickinson added: “Retailers did well to weather the challenging trade conditions, with retail sales for 2021 up on both the previous year and compared to pre-pandemic levels.”

A report yesterday revealed shopper footfall – the number of people out and about – fell six percent last week.

Meanwhile, discount supermarket Aldi hailed its “best ever” Christmas after a 0.4 percent rise in December sales.