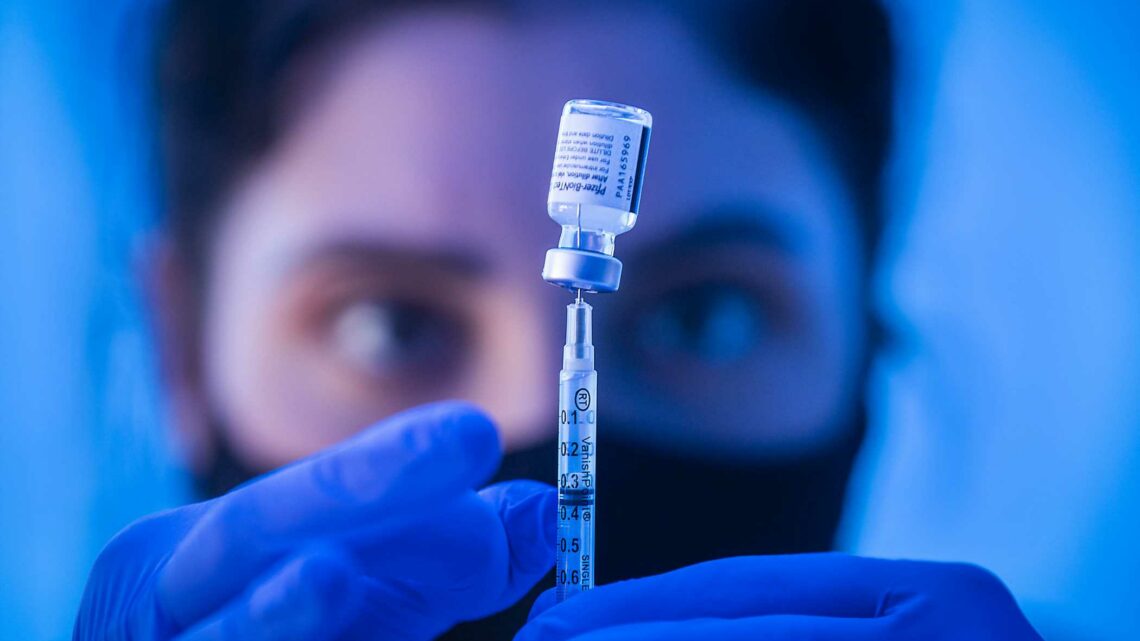 The Food and Drug Administration authorized Moderna and Pfizer's Covid booster shots for all U.S. adults on Friday, belatedly fulfilling a critical part of the Biden administration's plan to administer extra doses to the general public as growing data demonstrates the efficacy of vaccines wanes over time.

The approval comes about two months late — after scientists advising the FDA rejected the administration's original plans to start distributing boosters to all adults the week of Sept. 20, citing a lack of data supporting the third doses. FDA Acting Commissioner Janet Woodcock also cleared the doses without the usual public meeting to review new data submitted by the companies in the last week. Moderna resubmitted its application just two days ago. The companies announced the decision Friday morning.

"This emergency use authorization comes at a critical time as we enter the winter months and face increasing COVID-19 case counts and hospitalizations across the country," Moderna CEO Stéphane Bancel said in a statement.

The Centers for Disease Control and Prevention still has to authorize distribution of the booster doses before people can start receiving the shots, which could start this weekend. The CDC's independent panel of vaccine experts is scheduled to meet on Friday to review the new data. CDC Director Rochelle Walensky on Wednesday said the public health agency would "act swiftly" after the FDA OKs the shots.

The FDA originally met in September to consider authorizing Pfizer's boosters for the general public, but decided against doing so amid concerns from some experts that there wasn't enough data. They recommended a scaled back distribution plan instead for the elderly and adults who face a high risk from Covid. The CDC approved booster shots for those groups earlier this month.

Biden's vaccine mandate will likely go to the Supreme Court. Here's how the courts have ruled before

The WHO has pushed for a greater focus on assisting immunization efforts in the developing world, warning that new variants of the virus could emerge and undermine protection in countries that have achieved already high levels of vaccination.

Booster shots have also stirred some controversy in the U.S., as they are rolling out at a time when the country is struggling to convince millions of people to even get their first dose. More than 60 million Americans remain unvaccinated.

However, many Americans desire an extra layer of protection as data increasingly shows vaccine effectiveness against infection wears off over time. A study published in the journal Science this month found that the effectiveness of Pfizer's vaccine, made with German biotech company BioNTech, declined from 86% to 43% from February to October this year. Moderna's efficacy against symptomatic infection fell from 89% to 58%, and Johnson & Johnson dropped from 86% to 13%.

However, the vaccines still provide a high level of protection against hospitalization and death, scientists say.

Public health experts expect an increase in Covid infections as the weather turns and Americans gather indoors for the holidays and to escape the winter cold. Booster doses could help reduce transmission, which is already high, by helping to prevent breakthrough infections among people already vaccinated, scientists say.

The CDC has already authorized booster doses for people 18 and over who received the single-dose J&J shot. Moderna resubmitted its application for the FDA to approve a third dose of its shot for adults 18 and over on Wednesday.

Nearly 80% of Americans ages 12 and older have received at least one dose of the three vaccines, according to CDC data. More than 31.4 million people have already received their booster shots in the U.S., the data shows. President Joe Biden received his booster dose in September.

White House chief medical advisor Dr. Anthony Fauci on Wednesday urged Americans to get vaccinated, and sign up for their booster if they are eligible.

"It is not too late. Get vaccinated now. And importantly, if you are already vaccinated six months or more ago and eligible for a boost, get a boost," Fauci said. "The Israelis have shown that when you boost, you multifold diminish the likelihood of getting infected, getting sick, or dying."