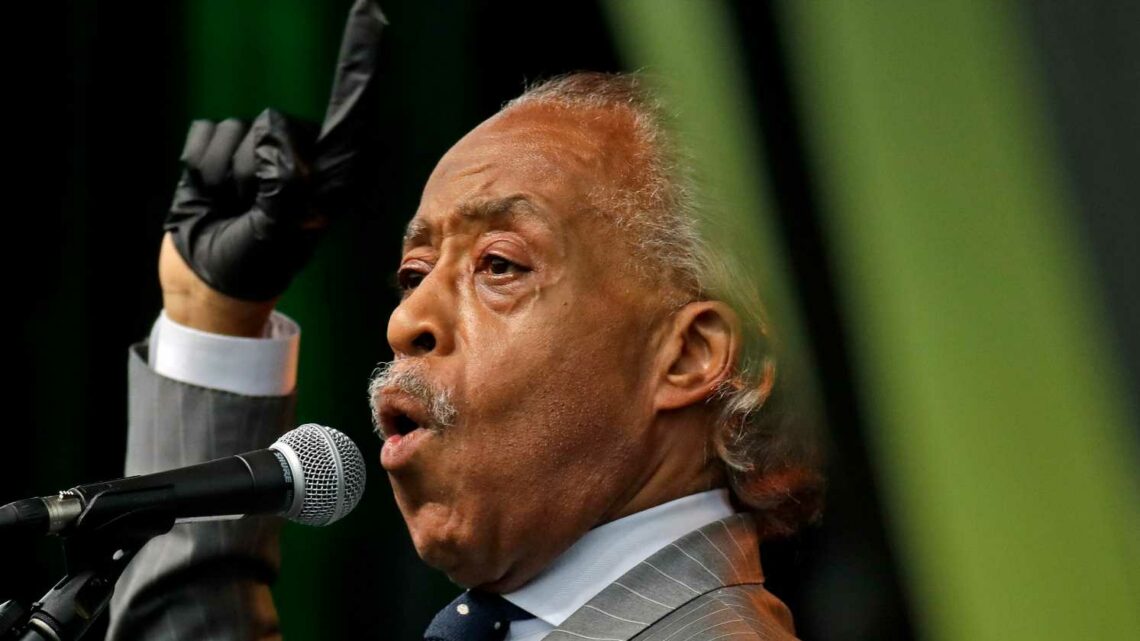 Civil rights activist and television host the Rev. Al Sharpton has taken heat over the years for tax delinquency, including a meme debunked by Snopes in March 2019 that compared his tax case to those of several white celebrities and a Facebook claim in July 2020 about Sharpton and Stacey Abrams.

Recently, users have shared a Facebook post written about Sharpton on April 9, 2016, comparing his case to one involving country singer Willie Nelson.

The post gave no source for its claim that Sharpton owed $19 million in taxes.

The post has been shared more than 24,000 times. USA TODAY reached out to the poster for comment.

In this June 19, 2020 file photo, the Rev. Al Sharpton addresses the crowd at a Juneteenth rally in Tulsa, Okla. (Photo: Charlie Riedel, AP)

In 2014, The New York Post and The New York Times reported that Sharpton had accumulated over $4.5 million in unpaid state and federal taxes on his personal assets and for-profit businesses, including Raw Talent, Revals Communications Inc., and the National Action Network, a civil rights organization he founded.

Though $4.5 million is significant, no credible source has stated that Sharpton owed taxes in excess of that number. A search suggests that the meme was first posted on social media around Nov. 12, 2015, when two posts on Reddit discussed the claim that Sharpton owed $19 million in the groups Explain Like I’m Five and Forwards from Grandma. Several sites reposted it, including iFunny.co, imgur, and the blog My Right Wing Dad.

Sharpton has also paid down a significant amount of his debt since 2014, as USA TODAY reported. He paid off his personal taxes but still owed $700,000 in 2019 for his companies.

As the post states, in 1990, the IRS seized Nelson’s possessions – “almost everything but his talent and beat-up Martin guitar,” wrote The New York Times – for several million dollars in unpaid back taxes, interest and penalties.

According to History.com, the IRS found Nelson had failed to pay income tax on investments in a tax shelter later deemed illegal by the IRS. His lawyers negotiated the initial $16.7 million bill down to $6 million and the case was settled without criminal charges. Because Nelson was unable to pay this sum, however, the IRS raided Nelson’s home in 1990 and auctioned his Texas ranch to the highest bidder – a fan who promptly returned the property to Nelson.

Nelson’s is one of the most infamous U.S. cases of unpaid taxes, thanks in part to his album “The IRS Tapes: Who’ll Buy My Memories?” which he released under the agreement that the IRS would take revenue from its sales.

The Facebook post contrasts Willie Nelson’s unexpected IRS raids with Sharpton’s status as a regular White House guest in 2016, suggesting this discrepancy is evidence against the existence of white privilege.

Even ignoring the fact Nelson owed around four times as much as Sharpton did, there are clear differences that make this comparison a stretch at best.

Owing back taxes is very common, according to Steven A. Bank, a business law professor at the University of California-Los Angeles, who specializes in business taxation, tax policy, and tax history.

History.com states that Nelson evaded taxes through the use of an tax shelter the IRS later deemed illegal, but he was never charged with a crime.

Sharpton was not charged for willful tax evasion on the back taxes he owed in 2014. However, he was charged with two tax crimes in the 90s. He was acquitted after being charged with failure to pay state taxes and fraud in 1990, and he was charged with a misdemeanor for failing to file a state return in a later case and pleaded guilty.

Nelson’s lack of cooperation with the IRS and his lack of cash on hand is likely what caused the IRS to take the drastic measures it did. Though Nelson refused to file for bankruptcy until after the raids, he was having serious problems with cash flow and paying his many obligations at the time, Texas Monthly reported. According to Bank, the IRS may have gone forward with raids because if it had waited, the impending bankruptcy proceedings would have complicated its attempt to recover debt and assets.

The most significant contrast between Sharpton’s case and Nelson’s case seems to be that Sharpton had more cash on hand. As USA TODAY reported, the IRS placed several millions of dollars in federal liens on his assets. USA TODAY found that he has paid off at least $2.1 million in satisfaction of those liens.

We rate this post PARTLY FALSE, based on our research. The meme correctly states that the IRS seized the possessions and froze bank accounts of country music singer Willie Nelson for $16.7 million in unpaid taxes. However, the meme falsely claims that the Rev. Al Sharpton owed $19 million in taxes, when in fact he was reported to owe $4.5 million.