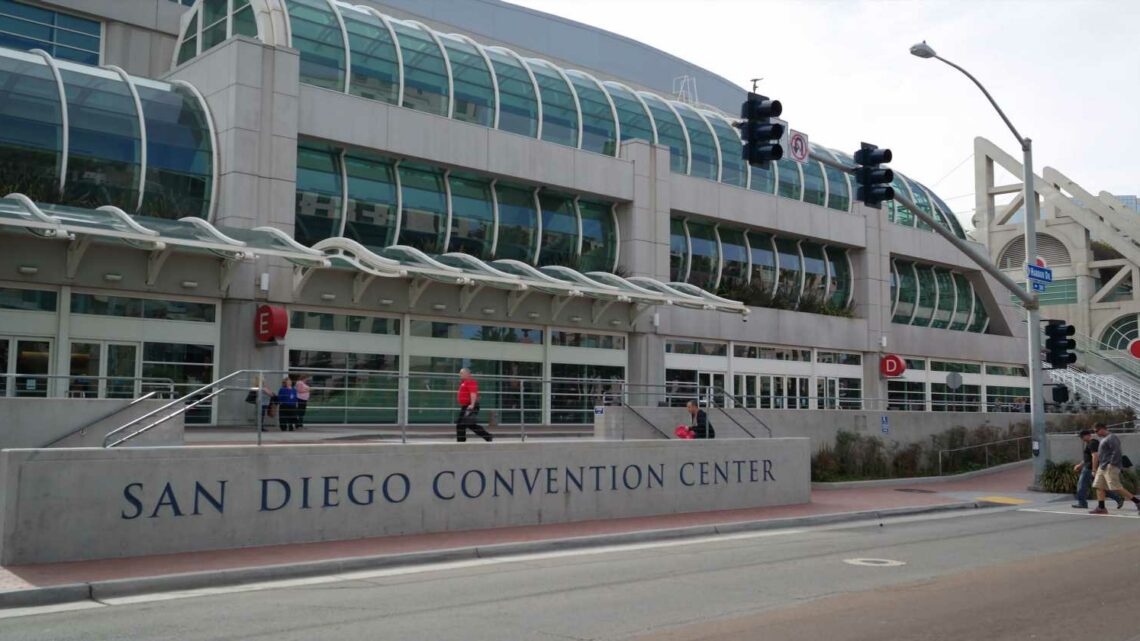 Fact check: Homeless residents being moved to other shelters in San Diego from temporary facility

The claim: A homeless facility in San Diego was closed to shelter migrants

A viral image of a purported homeless shelter in San Diego is being shared on social media alongside the claim that it was recently shut down to move in migrants.

“Homeless shelter in San Deigo (sic) is being closed to US Citizens and opened to put iLLEGALS in it,” reads a March 29 screenshot of another Facebook post.

Accompanying the text is an alleged image of the homeless shelter. “Outrageous,” the user captioned the post, which has over 1,000 shares.

In a similar version of the claim, a user shared a text post that reads, “San Diego just kicked out 1400 homeless people to shelter illegals…Any more questions??” Another user claimed in a post with 1,500 shares that the alleged eviction of homeless people took place at the San Diego Convention Center.

Convention Center temporarily served as homeless shelter due to COVID-19

While it is true that the San Diego Convention Center is closing down its homeless facility, individuals are being transferred to different facilities and the operation was a temporary program to prevent the spread of the coronavirus.

On April 1, Operation Shelter to Home was launched to provide more social distancing and prevent the spread of the virus at San Diego’s shelters, according to the city of San Diego. Centralizing staff at one location ensured personnel “could be efficient even with limited numbers.”

Those who were taking shelter at the convention center are now being relocated as efforts to stop the spread of the virus within the vulnerable population are coming to an end, NBC San Diego reported on March 23. The program was scheduled to end in December 2020, however, the San Diego City Council voted to extend it through March.

San Diego Mayor Todd Gloria announced that the 500 homeless individuals who were staying at the shelter for about a year are being relocated to two shelters run by the Alpha Project and another shelter at Golden Hall operated by Father Joe’s Villages, according to the article.

In a summary of the transition, the city of San Diego wrote, “no one sheltering at the Convention Center will be forced to return to street homelessness” and “staff will work with guests to determine the best option to continue serving them at one of the other shelter sites.”

The photo appearing in the claim shows a homeless shelter in San Diego, however, it was captured in February 2018, not recently, by photographer Dania Maxwell for NBC News. A similar version of the photo is also featured in a 2018 KPBS article headlined, “Moving San Diego Homeless From Tents To Permanent Housing Slow But Steady.”

USA TODAY has previously reported that homeless populations are susceptible to the virus due to pre-existing health conditions and crowded shelters.

Fact check:No, homeless people are not immune from catching COVID-19

With the homeless shelter program at the convention center coming to an end, the building is now being operated by the federal government, which is working with San Diego County and city officials, to house children who are seeking asylum through July, NBC San Diego reported.

Health and Human Services Secretary Xavier Becerra was seeking short-term housing for children arriving at the border without parents and Mayor Gloria and San Diego County Board of Supervisors Chairman Nathan Fletcher agreed to provide it, according to the Los Angeles Times.

The site will be in use for around three months. Each child is expected to have an average stay of 30 to 35 days, and the children will receive food, medical care, sleeping arrangements and showers. Children are not permitted to leave the center until they are reunited with their family or guardians.

Health and Human Services spokesperson Carol Fiertz told NBC San Diego that as of April 4, the convention center has 1,177 unaccompanied migrant children and the shelter’s capacity is 1,450, which was expected to be reached on that date.

The San Diego Convention Center tweeted on March 25 that it has “detailed plans to ensure our building is event-ready before conventions begin.”

The claim that a homeless shelter in San Diego closed down to move in asylum seekers is FALSE, based on our research. The homeless shelter program at the San Diego Convention Center was a temporary program launched to combat the spread of the coronavirus. The operation came to an end in March and all homeless individuals are being relocated. With the operation ending, the federal government requested the center be used as a temporary shelter through July for migrants who are seeking asylum. The image used in the posts was taken in 2018 and is not recent.

Chase Pay Yourself Back gives you up to 50% more value when you redeem points for groceries, dining, and more — here's how it works
Technology