Facebook bans company that it says tried to manipulate elections in Africa, Asia

Facebook has banned an Israeli company and taken down hundreds of its accounts that were aimed at manipulating elections in Africa and southeast Asia, the company announced on Thursday.

The social media company said that the Israeli company, Archimedes Group, tried to conceal its identity in setting up fake accounts with false information. In all, 265 Facebook and Instagram accounts, Facebook Pages, Groups and events “involved in coordinated inauthentic behavior” were taken down, Facebook said.

“This activity originated in Israel and focused on Nigeria, Senegal, Togo, Angola, Niger and Tunisia along with some activity in Latin America and Southeast Asia,” Nathaniel Gleicher, Facebook’s head of cybersecurity policy, wrote on the company’s site Thursday.

Archimedes Group “has repeatedly violated our misrepresentation and other policies, including by engaging in coordinated inauthentic behavior,” Gleicher wrote. “This organization and all its subsidiaries are now banned from Facebook, and it has been issued a cease and desist letter.”

One example of activity by these inauthentic accounts showed that one of them had posted an incendiary statement about a critic of the president of the Democratic Republic of the Congo, Facebook said.

“Faithful to only himself, Martin Fayulu criticizes and rejects the results of the presidential election, which has unfolded transparently and in an exemplary calmness. It is time for him to admit his defeat to president Tshisekedi who has been elected in a democratic way.” 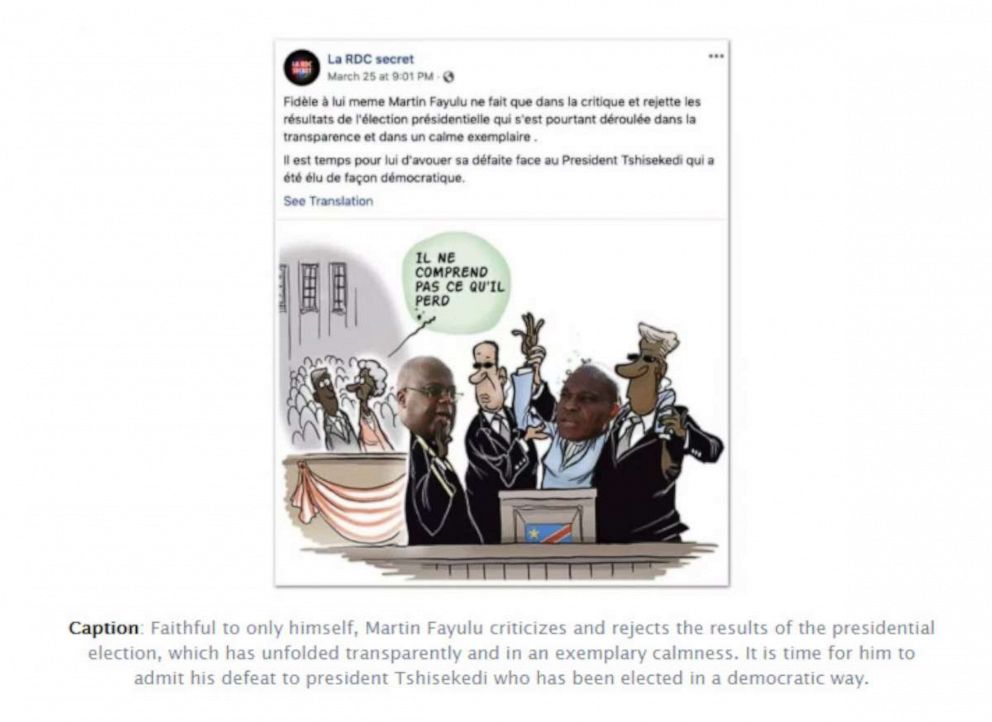 A representative for Archimedes Group did not immediately respond to requests for comment from ABC News.

Coinbase Earn expands to over 100 countries; enables customers to earn by learning