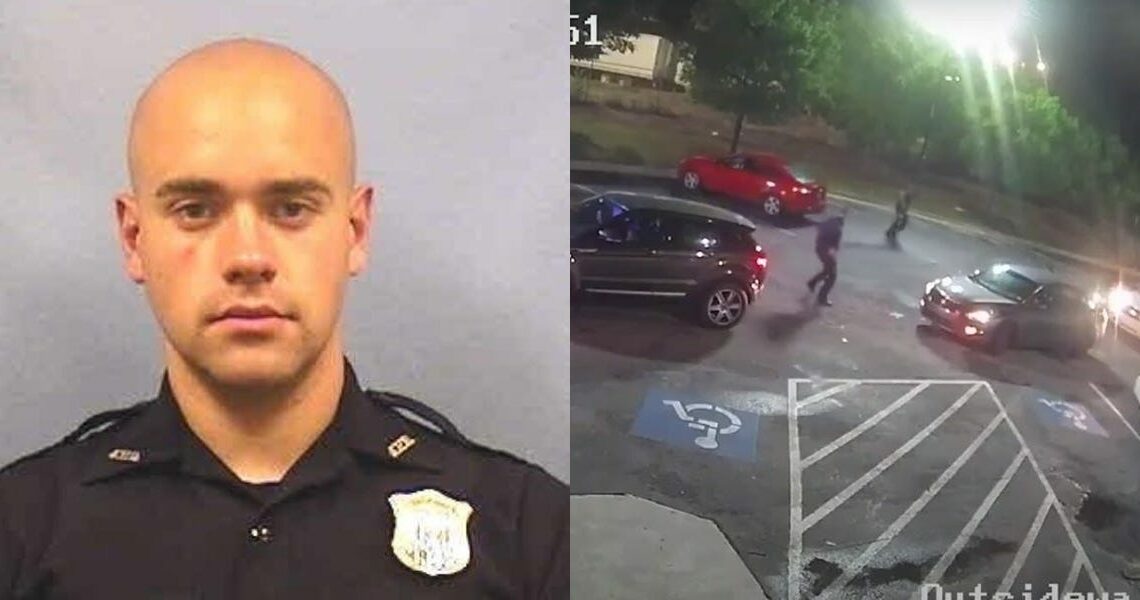 The former Atlanta police officer who is facing murder charges over the shooting of Rayshard Brooks wants to be put back on the force, The Washington Post reported.

Garrett Rolfe was fired from the Atlanta Police Department in June 2020 after he fatally shot Brooks in a Wendy’s drive-thru.

On June 12, 2020, two Atlanta police officers responded to a complaint of a man who was asleep in his car at the drive-thru. Brooks, a 27-year-old black man and father of four, failed an alcohol breath test and when the officer tried to arrest him a struggle ensued.

Video from the incident shows Brooks grabbing one of the officers’ tasers, firing at them, and taking off running. Rolfe then opened fire, which hit Brooks in the back. He died at a hospital later.

Rolfe faces a felony murder charge and 10 other charges in Brooks’ death.

Rolfe’s attorney, Lance LoRusso, told Atlanta’s civil service board that he was dismissed “without a proper investigation” a day after the June 12 shooting and that he should be reinstated, USA TODAY reported.

LoRusso said Mayor Keisha Lance Bottoms’ call to have Rolfe fired immediately “grossly violated” his ability to have due process and time to defend his actions.

Sgt. William Dean, an internal affairs investigator, said a hearing in June to determine if Rolfe should be fired was moved up to accommodate a scheduled news conference by Lance Bottoms that announced his firing, USA TODAY reported.

“The officers were trying to show compassion and they were not overly aggressive,” Coyt said. “They tried to do everything they could to calm the situation down.”

Dean said the error was simple and occurred because of the rushed nature of the situation, adding that the police department and Office of Professional Standards allow for officers to be immediately dismissed without the 10-day notice.

Dean also told the Post there could have been issues had Rolfe had gone back to work following the shooting.

He added that if Rolfe were to go back to work, he’d most likely be on at-home suspension.