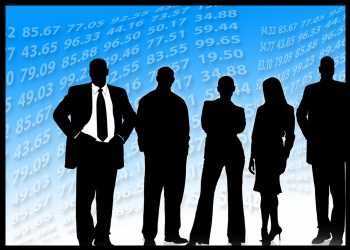 European stocks are expected to open muted as markets digest the ECB’s commentary a day ago. On Thursday, the European Central Bank said it would slow down on bond purchases under the 1.85 trillion-euro Pandemic Emergency Purchase Programme (PEPP). Last two quarters had witnessed monthly volumes of almost 80 billion euros on the bond purchase.

Overnight, the U.S. benchmarks had closed weak as traders weighed in delta virus-impacted growth concerns as well as a lower jobless claims reading. Nasdaq-100 closed at 15,561.05, around 0.38 percent lower than the previous close whereas Dow Jones Industrial Average ended at 34,879.38, down from the earlier close by 0.43 percent.

Thursday, European indices had closed mostly negative after the European Central Bank announced that it would slow down its current pace of asset accumulation (Euro bonds). U.K.’s FTSE100 shed 1.01 percent; Switzerland’s SMI 20 corrected by 0.81 percent; German DAX-30 declined 0.15 percent; and the pan-European Stoxx 600 edged down 0.06 percent. France’s CAC-40 withstood the bearishness to close with a gain of 0.24 percent.

Gold futures for December settlement are trading at $1800.35 per troy ounce, about 0.02 percent higher than the previous close. The yellow metal remains close to the previous day’s levels in the absence of significant movements in the greenback’s strength.

France’s industrial production numbers for July are also due today.

Suspicious trades were made before Goldman's $2.2 billion acquisition of GreenSky, options experts say

TA: Ethereum Plunges to $3,150: Can Bulls Save the Day?
Technology