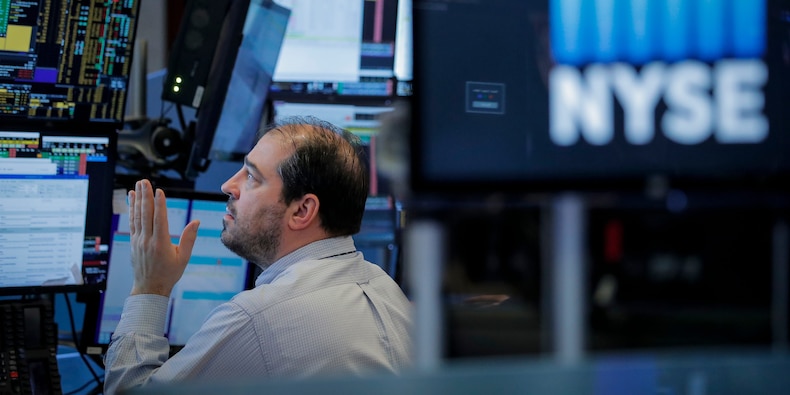 Shares of Ethan Allen have surged more than 50% year-to-date and are up nearly 200% over the past year, likely due in part to trader confusion over the ticker symbol it shares with cryptocurrency ether: ETH.

Ether, which works on the ethereum blockchain, has been on a tear so far this year, quadrupling to more than $3,000 as a boom in bitcoin helped set the stage for an investor frenzy in other alt-coins like ether and dogecoin.

The StockTwits investment forum dedicated to Ethan Allen is riddled with messages about the cryptocurrency rather than the furniture seller. Daily message volume on StockTwits' Ethan Allen page has surged 300% since the start of May, which coincides with a parabolic surge in ether's price.

This isn't the first time investors have mistaken a ticker symbol or company name with another company that was in the news, leading to a massive price increase as retail investors created buying pressure. In January, shares of Signal Advance soared more than 11,000% after Tesla CEO Elon Musk recommended a similarly named privacy app that was not publicly traded.

And in February, tweets about audio-app Clubhouse from Musk spurred a massive surge in Clubhouse Media Group, a microcap stock unrelated to the popular audio-chat application.

If anything, the trader confusion over ticker symbols and company names should serve as a warning to new investors that are eager to put money to work: slow down and perform the proper due diligence before investing in individual stocks. 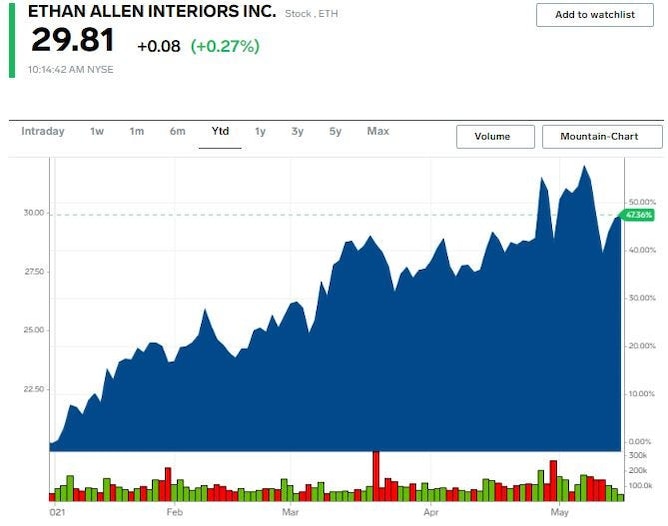 Terrifying all-glass elevator that will climb 1,210 feet up to open in New York City
Technology