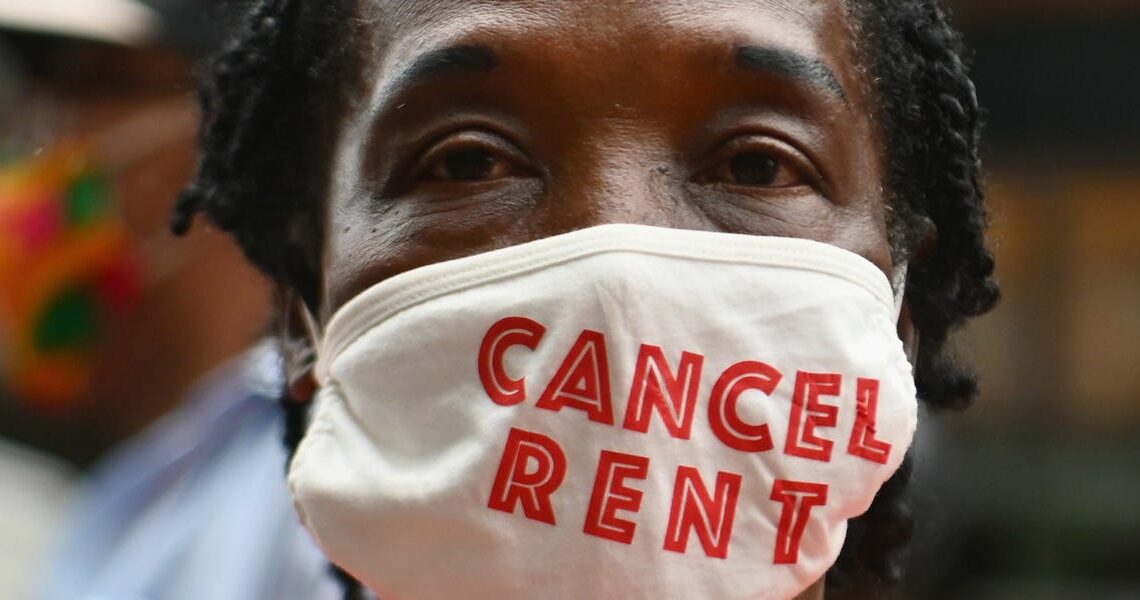 Two weeks ago, a federal court in Washington, DC ruled that the Centers for Disease Control and Prevention (CDC) overstepped its authority in issuing a nationwide eviction moratorium and threw it out. The Justice Department announced that it would appeal the verdict and the judge has allowed the moratorium to remain in place while litigation continues. Still, the ruling has caused chaos across the country, as tenants grapple with the possibility of being evicted during the pandemic.

In addition to the CDC moratorium, the country has been covered with a patchwork of state, county, and city-level bans on evictions. However, despite these protections — and thanks in part to a system of loopholes — thousands have been evicted over the last year of the pandemic. The chaos caused by this ruling has only reaffirmed the need for Congress to act and pass real relief for tenants. It’s time to cancel rent.

Prior to the pandemic, evictions were already an epidemic in the United States — around 900,000 evictions take place in an average year, which is around four evictions per minute — and not everyone is affected equally. According to statistics collected by the Eviction Lab at Princeton University, Black, Latinx and women renters are disproportionately targeted by evictions and removed from their homes. Households with children, particularly single mother households, are especially at risk. A study by the Eviction Lab shows that neighborhoods with higher amounts of children have increased evictions and that in court, tenants with children are more likely to receive a judgement ordering their eviction.

Evictions are a disruptive force in the lives of Americans. Once someone is evicted, it is harder for them to rent in a similar neighborhood —even an eviction filing can have the same impact without the actual eviction. Since landlords refuse to rent to them, people who have been evicted are often pushed into housing that is substandard, often in areas that are far from their workplaces, transit, and more. Even worse, some end up without a home at all. Merely being threatened with an eviction is associated with worse physical and mental health.

Evictions can be blamed for some spread of the novel coronavirus too. They’ve been deemed an infection risk during the pandemic, which is what caused the CDC to institute the moratorium in the first place. A study published in December found that 11,000 COVID-19 deaths and 433,700 infections could have been prevented had states that lifted their eviction moratoriums kept them in place. When you don’t have stable housing, you aren’t able to stay at home and isolate from others. People who are evicted may go live with extended family, causing crowding in housing, which has been associated with COVID-19 cases and deaths. Similarly, a working paper published in the National Bureau of Economic Research found that maintaining moratoriums reduced COVID infections by 3.8% and deaths by 11%.

As cases, deaths, and hospitalizations decrease in the coming weeks, politicians may use this opportunity to declare the pandemic over and rescind the moratoriums. While the moratoriums need to be extended for the considerable future, they do not address the accumulating amount of unpaid rent that is piling up for those who are at risk of eviction. By this month, 7 million renters in America will collectively owe $40 billion in unpaid rent — these unpaid fees will kick off a cascade of evictions once the moratoriums expire.

This is why Congress needs to act to not only pass a lengthy moratorium but also to cancel outstanding rent so that tenants are not evicted once that moratorium expires.

Representative Ilhan Omar has proposed a bill that would do just that. The Rent and Mortgage Cancellation Act wouldn’t just cancel all missed rental and mortgage payments, it would also cause missed payments to have no effect on people’s credit scores. Additionally, it would establish a fund that would allow landlords and mortgage holders to recuperate their losses, providing both owners and renters with a win-win situation. Since some landlords have been evicting tenants throughout this period, it would be important that such a fund reward landlords who have not evicted tenants and not compensate landlords’ for losses in general.

Even before the pandemic, homelessness increased by 2% from the year prior. Researchers say that over the next four years, the economic impact from the pandemic is expected to increase homelessness by 49%. When someone lacks secure housing, it makes it harder for them to access services like healthcare; considering that COVID-19 is now expected to become an endemic disease that will require routine vaccination, a sizable homeless population that has precarious access to care should cause us concern.

Rep. Omar’s bill would also create funds to facilitate the public purchase of some rental properties – a good start. Further solutions have been proposed by housing advocates in the form of a “Homes Guarantee”, which among other things — like universal rent control — calls for 12 million social housing units to be built.

When the pandemic hit more than a year ago, society made some quick rapid changes thinking the virus would only be with us for a while. Among these were programs like Project Roomkey, which were designed to house people in hotels so they did not have to stay in congregate settings like homeless shelters. The funding for these programs is now running out, and our focus is now on “getting back to normal,” but the virus and the problems it exacerbated will still be with us. We need long-term solutions, and we can start by cancelling rent.

Abdullah Shihipar is a writer who writes about public health, class, race and other issues. He has written for publications like The New York Times, The Washington Post, and Jacobin among others. He has a B.Sc in Cell and Molecular Biology from the University of Toronto and a Masters of Public Health from Brown University.