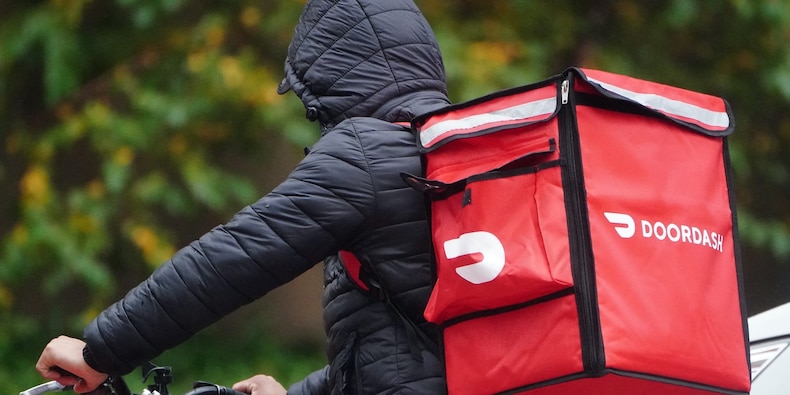 Shares of DoorDash slipped 3% on Friday after the food delivery company admitted that it could see weaker demand as more people get vaccinated against COVID-19.

As large swathes of the economy shut down during 2020 to curb the spread of the virus, food delivery companies such as Uber Eats, Grub Hub, and Postmates, saw a surge in demand. But as the economy reopens, delivery demand could slide as people resume eating out.

“Underlying our 2021 guidance is an assumption of accelerated market reopening and a return to in-store dining,” company CFO Prabir Adarkar said during the earnings call on Thursday. “We acknowledge that vaccination and full reopenings could drive sharper changes in consumer behavior than current data would predict.”

The company also warned its adjusted EBITDA and take rate may be negatively affected by new changes, including Proposition 22, a law that classifies drivers as contractors.

Prop 22 mandates that drivers, even if they are contractors, be paid the minimum wage and receive additional benefits.

“We have an incremental cost resulting from Prop 22 that didn’t exist in 2020 for the most part,” Adarkar said during the call. “And so you will see a decrement to our take rate in 2021 as a result of that incremental Prop 22 cost, the vast majority of which we’re choosing to absorb.”

For the fourth quarter of 2020, its first report since it became publicly listed, the company reported a $970 million revenue, more than triple its $300 million in the same period last year. It also reported a $2.67 loss per share.

For its GAAP net earnings, DoorDash announced a loss of $312 million, attributing it mostly to IPO-related expenses. However, it was nearly triple the $123 million GAAP net loss in the same period last year.

Doordash went public in early December, opening at $182, which was 78% above its IPO price.