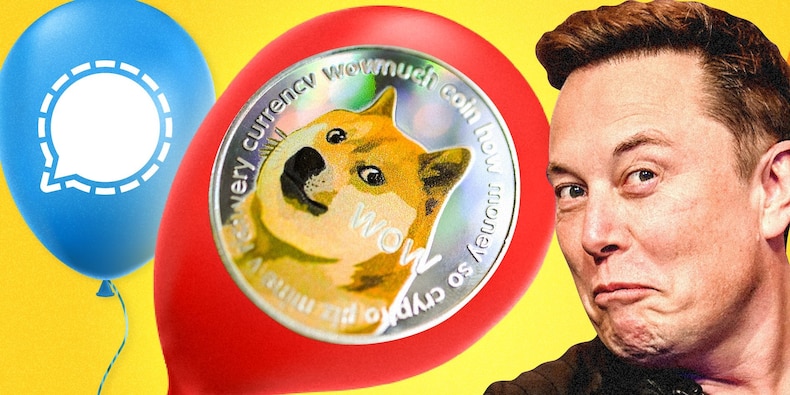 Dogecoin spiked by as much as 20% on Tuesday after Elon Musk tweeted a poll asking if his followers want Tesla to accept the cryptocurrency as payment, hinting that this could be a payment method for the electric-vehicle maker.

The digital asset surged to 53 cents from a 24-hour low of 44 cents after his tweet got quick reactions. It fell to around 51 cents within the hour.

An overwhelming majority responded "Yes" to Musk's question, while about 20% showed disinclination. The poll received more than 500,000 votes within 20 minutes of him posting.

Dogecoin had hit a record high on Friday, right before it tanked during Musk's SNL hosting appearance. His character, financial expert Lloyd Ostertag, was asked whether the cryptocurrency was a hustle, to which he responded: "Yeah, it's a hustle."

It regained briefly Monday on news that Musk's SpaceX will launch a dogecoin-funded moon mission in the first quarter of 2022. 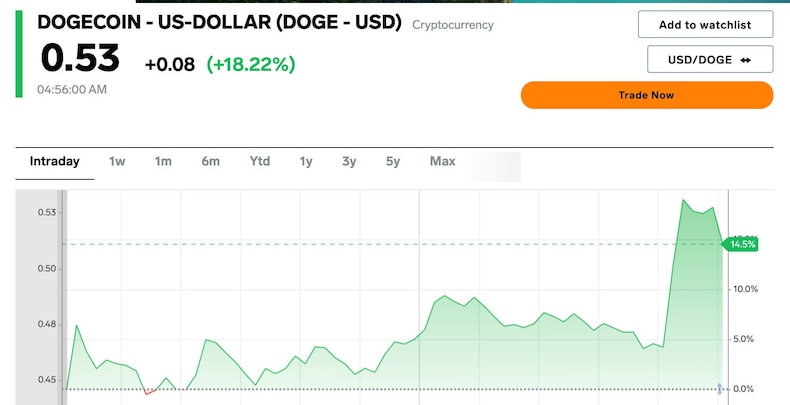 Musk's heavy dogecoin endorsements in 2020 have led to a surge in the token's price, propelling widespread retail investor adoption. A chart depicting its price increases corresponding to the billionaire's tweets is shown below: 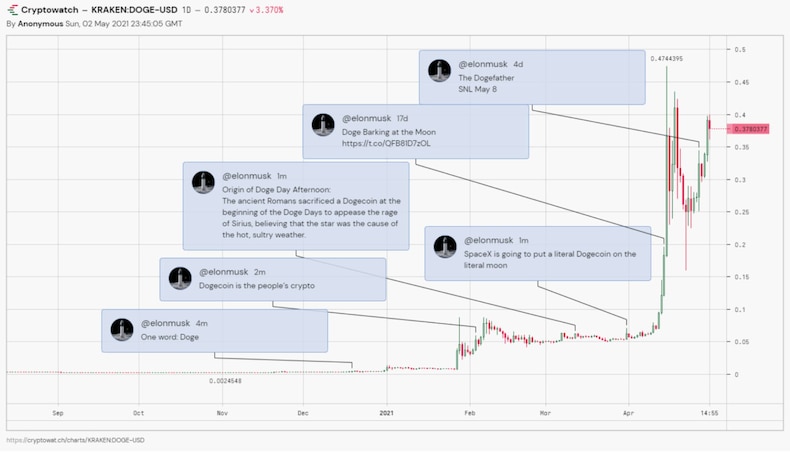 The self-proclaimed "Technoking" announced in March that Tesla would accept bitcoin as payment and it would not be converted to fiat currency.