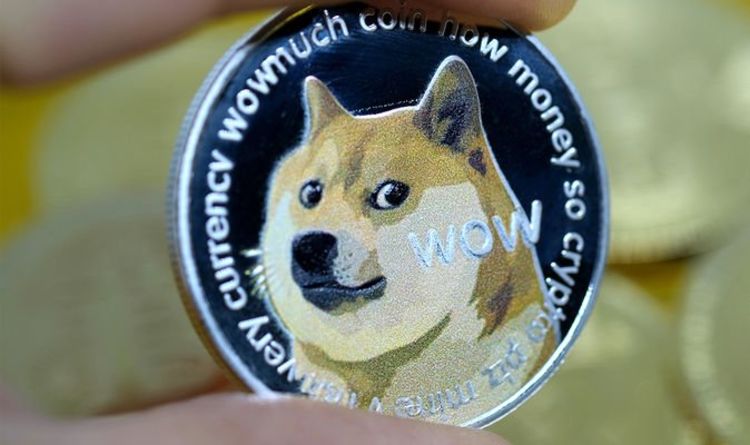 Dogecoin price: Is Dogecoin here to stay? Experts weigh in on crypto’s future

At points this year, Dogecoin has hit heights above £0.50 GBP ($0.70 USD). However, like all cryptocurrencies, Dogecoin has proven time and again the market is volatile and subject to change in an instant. As well as stark highs, it’s also plunged on several occasions this year.

But according to CoinDesk data, the price of DOGE began to pick up around Saturday, August 7.

The price of all cryptocurrencies, including Dogecoin, can change without warning, making it impossible to pinpoint prices for Dogecoin in the long term.

What could happen to Dogecoin in the future?

Dogecoin has gained significant attention in recent months, with the popularity of the cryptocurrency evident by its following on social media.

Dogecoin prices have dropped or soared in an instant, often influenced by events or tweets from celebrities, including Elon Musk.

But while fans may hope Dogecoin has the potential to go far and reach the heights of the leading cryptocurrencies – bitcoin and Ethereum, for example – experts hold differing opinions on the subject.

DON’T MISS:
How high will dogecoin go? Experts pinpoint future for digital coin [INTERVIEW]
How does cryptocurrency work? [INSIGHT]
US Senate is on the verge of passing ‘crypto-killer’ law [ANALYSIS]

Michael Stroev, the COO of Nebeus, told Express.co.uk: “I don’t see DOGE as heralding a shift in the cryptocurrency world or becoming a long-term and leading cryptocurrency.

“Dogecoin is seen as a coin that has no real-world value other than speculation.

“It should be treated as a high-risk crypto option, and people should not invest in DOGE without first understanding that its value is precariously balanced.”

Dr Pooja Lekhi, Lecturer at University Canada West, told Express.co.uk: “[Dogecoin] is still retaining its value and is stable at around $0.20, despite China’s push to ban cryptocurrency mining.

“It has some advantages over bitcoin. Unlike bitcoin, which is designed to be limited in its supply, Dogecoin is abundant with 10,000 new coins mined every minute and no maximum supply.

“And it is gradually gaining wider acceptance. Dogecoin, which started as a joke, has had a phenomenal wild ride so far this year.

“It is no longer a joke and could be one of the leading cryptos in upcoming years.”

The information in this article does not equate to financial advice. Anyone considering investing in cryptocurrency should be aware of the risks involved.