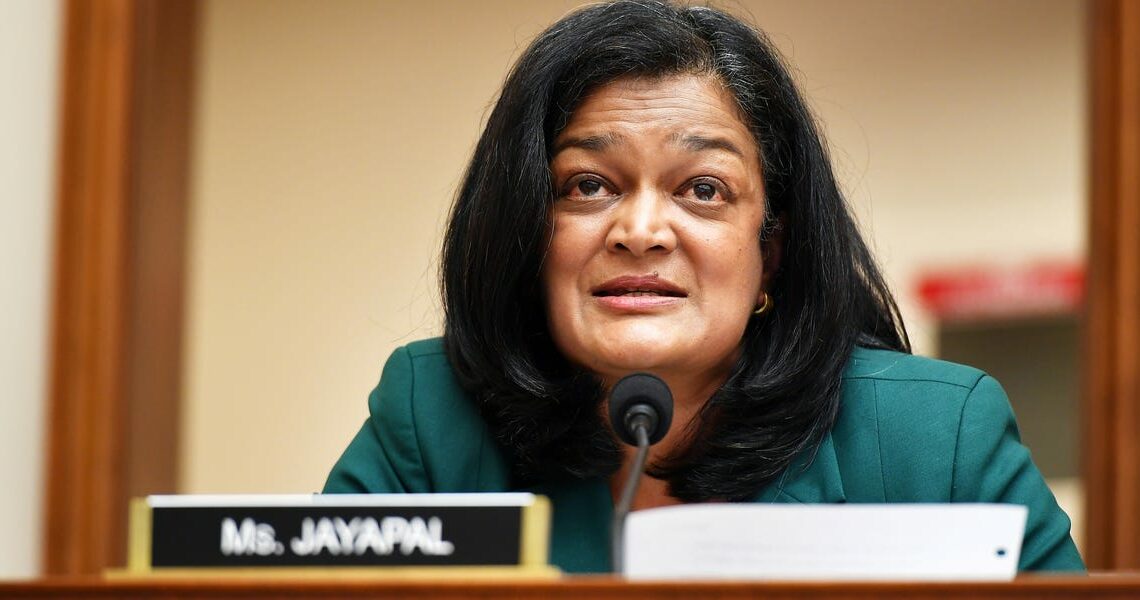 The latest Democratic battle to expand Medicare access is under way.

A group of more than 150 House Democrats from the progressive and centrist wings of the party are launching a campaign to include an expansion of Medicare in President Joe Biden’s infrastructure plan, The New York Times reported.

They sent a letter on Thursday to Biden and Vice President Kamala Harris arguing to widen the federal health program so it includes a broader range of Americans, along with growing the range of benefits provided so it includes dental, vision, and hearing aids.

“Medicare expansion means more coverage for more people — and by finally allowing Medicare to negotiate drug prices, it’s at a lower cost for taxpayers,” Chair of the Congressional Progressive Caucus Pramila Jayapal, a leader of the effort, said in a Friday tweet. “Let’s get this done.”

The plan would cut the eligibility age from 65 to 60, adding roughly 23 million Americans into the government health insurance program. The group projects it would amount to $200 billion over a decade. They say the price tag would be offset with another proposal: empowering Medicare to negotiate the cost of prescription drugs, which Democrats have failed to achieve in the past.

The effort is certain to trigger Republican opposition and potentially reopen a fierce debate among Democrats on healthcare. The last Democratic presidential primary was largely defined by policy brawls over Medicare for All and whether Americans should be able to keep their private coverage in a reform effort.

Expanding Medicare access is popular with voters, however, particularly reducing prescription drug costs. Up to now, however, Biden and Democrats have directed their efforts at expanding the insurance subsidies available under the Affordable Care Act.

Widening Medicare coverage could run into roadblocks in the Senate from centrist Democrats. Sen. Joe Manchin of West Virginia has stated his opposition, complicating the path ahead for other Democrats supportive of the measure.  “No, I’m not for it, period,” he told The Washington Post last month. It’s unclear why Manchin opposes it, although he told The Hill in 2019 the government “can’t even pay for Medicare for some.”

Biden continues negotiating with Republicans on an infrastructure plan, and the talks are set to stretch into at least early June. The White House did not include a Medicare expansion or a blueprint to cut the price of prescription drugs in its economic plans, though it called on Congress to approve the measures in its budget without laying out specific policies.

What really happened with Covid care home testing in 2020?
Connecticut to offer a $1,000 bonus for individuals re-entering job market
Technology