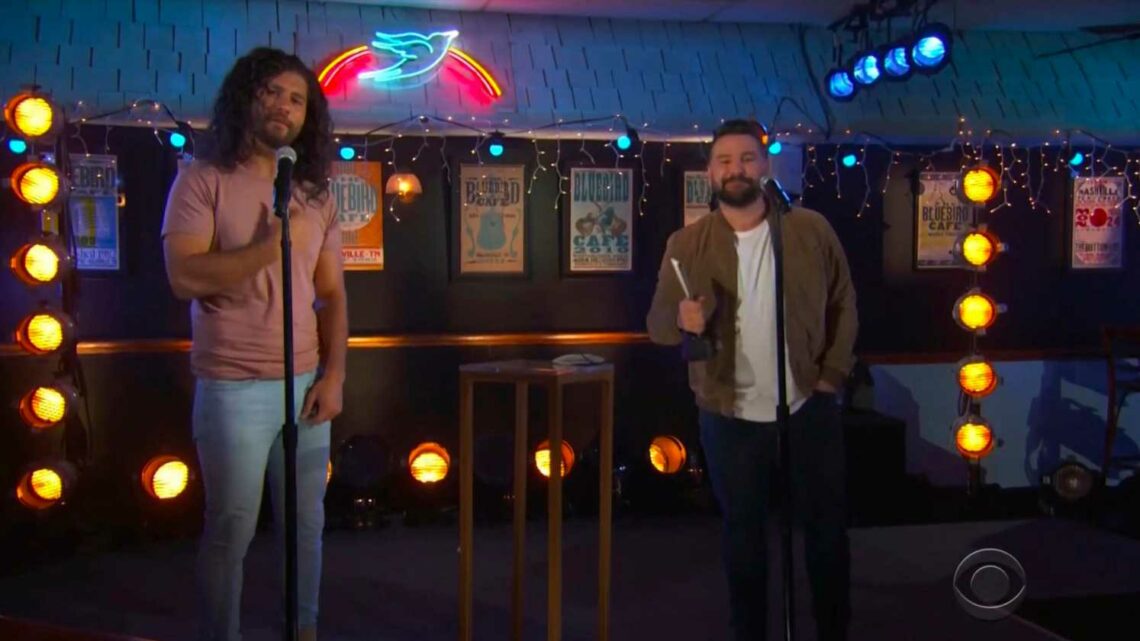 Grammy-winning duo Dan + Shay had a big night at the Academy of Country Music Awards, winning Duo of the Year and performing a soulful version of their latest hit, “Glad You Exist.”

However, the pre-taped song aired out of sync during the CBS broadcast, prompting some fans to speculate on Twitter that the duo was lip-synching the performance at Nashville’s famed Bluebird Café.

The performance video, when tweeted out by the ACM Awards, did not have the same lag as the broadcast.

The duo addressed the issue on Twitter citing an audio sync issue with the television broadcast.

“We’re bummed about it, but it happens, especially when performances are happening in multiple locations,” stated Dan + Shay via their official Twitter account, while giving “kudos” to the award organizers” for pulling off a great show.”

We’re so glad @DanAndShay exist! 🙌 We loved their #ACMawards performance from the @BluebirdCafeTN! Turn on @CBS or @paramountplus NOW to see the rest of tonight’s performances! pic.twitter.com/y36PzKnHTS

Dan + Shay retweeted a comment from singer Alex Gaskarth that addressed the issue.

“People accusing @DanAndShay of ‘lip syncing’ over a broadcast issue is hilarious. Audio / Video glitches happen,” Gaskarth wrote. “Shay literally has one of the best voices in the business. Those dudes don’t need to fake it.”

apparently there was an audio/video sync issue on the television broadcast. we’re bummed about it, but it happens, especially when performances are happening in multiple locations. kudos to the @ACMawards for pulling off a great show. ❤️ https://t.co/gO4GcJZqNm

When asked by USA TODAY about the issue, Dan + Shay’s publicist Wes Vause re-iterated that the duo, real names Dan Smyers and Shay Mooney, was simply affected by technical issues on the show broadcast.

“They were 100 percent not lip-synching,” said Vause. “They would never even accept lip-synching. That’s not even a possibility.”

Brooke Primero, a publicist for the ACM Awards said in an email to USA TODAY, “We can confirm that Dan + Shay performed LIVE, not lip-synced.”

Dan Smyers, left, and Shay Mooney, of Dan + Shay, accept the award for duo of the year during the 56th annual Academy of Country Music Awards on Sunday. (Photo: AP)

Mooney spoke backstage at the award show expressing understanding about the technical issues. “It’s been a difficult time to put these award shows together during these crazy times,” he said.

The duo recorded the song Saturday and “were super stoked” about the performance.

“You know, this is a lot to put together for an award show. This is a lot of craziness,” said Mo “There’s a lot of things going on. It happened, we’re bummed. But it is what it is. And they did a great job putting together a great show. It was awesome.”