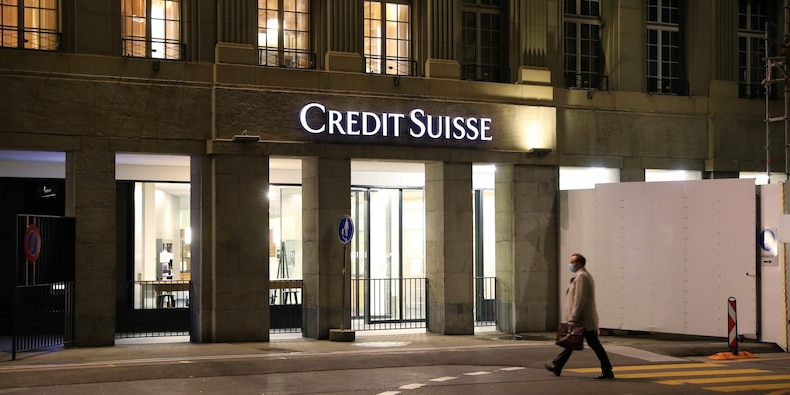 Credit Suisse is implementing new limits on hedge-fund clients that use swap agreements after the $20 billion meltdown of Archegos Capital.

Bill Hwang's family office, Archegos, used equity-swap agreements to take on massive leverage and make concentrated bets on a handful of stocks like ViacomCBS and Discovery.

But a sharp decline in ViacomCBS sparked a massive margin call that Archegos was unable to meet, leading to a massive liquidation that cost some banks billions of dollars in losses. Credit Suisse seems to have been most exposed to Archegos after not unwinding Hwang's positions fast enough amid the market tumult last month. The bank said it booked a $4.7 billion write-down related to the event.

Now, to prevent a similar blowup from happening again, Credit Suisse is tightening its financing terms given to hedge funds and family offices, according to a Bloomberg report.

The bank is changing its margin requirement on swap agreements to dynamic from static, which is similar to the terms given in its prime-brokerage contracts, Bloomberg said, citing people with direct knowledge of the matter. A dynamic margin requirement would force its clients to post more collateral as a position moves down, rather than setting a fixed margin requirement at the onset of the contract.

The shift to dynamic margin requirements will increase the costs for hedge funds and family offices looking to use swap agreements, making the trades less profitable. Credit Suisse is now asking some clients to immediately switch to the news margin methodology, according to the report.

Whether Credit Suisse's move is more indicative of a broader limitation on the leverage hedge funds and family offices can take on remains to be seen.

It would not be surprising if some banks followed suit, given that the Swiss bank wasn't the only one that lost billions. Nomura has said it lost as much as $2 billion related to the Archegos liquidation, and JPMorgan estimated the collective losses of multiple banks could reach $10 billion.

Read more: A 29-year-old self-made billionaire breaks down how he achieved daily returns of 10% on million-dollar crypto trades, and shares how to find the best opportunities