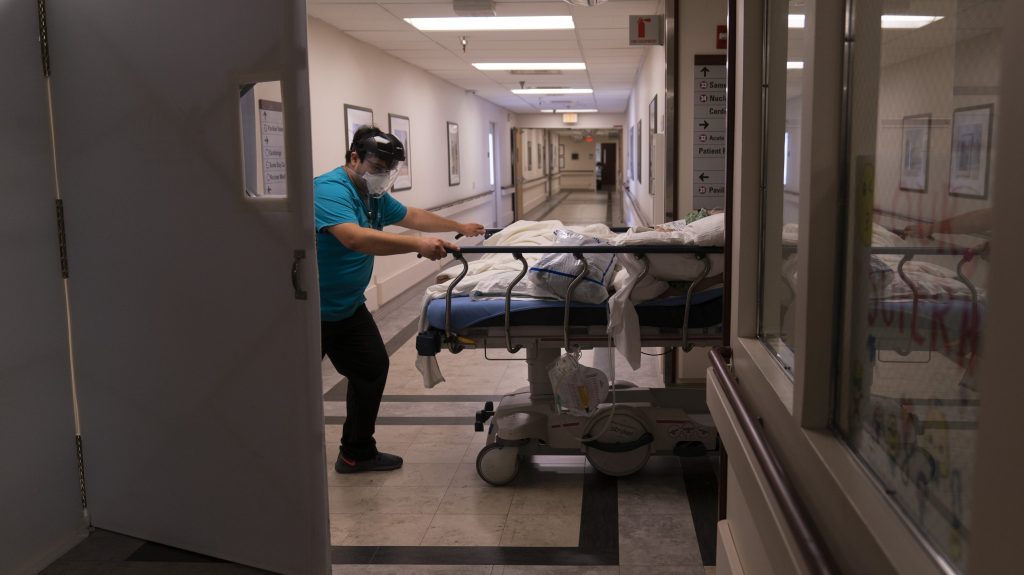 Covid Has Now Taken 750,000 American Lives, More Than The Population Of Some States

Johns Hopkins University today revealed at more than 750,000 Americans have lost their lives to Covid. The number of pandemic-related deaths stood at 750,415, to be exact, early Wednesday.

That number surpasses the individual populations of three U.S. states: Alaska, Vermont and Wyoming — as well as The District of Columbia — each have populations less than 750,000 according to 2020 Census estimates. The grim count comes in the same week that the worldwide death toll surpassed 5 million, according to Johns Hopkins.

In the 12 months between November 3, 2020 and November 3, 2021, the U.S. suffered about 510,000 deaths from the virus. Compared against CDC data from 2019, Covid killed more than 10-times the number of Americans than influenza and pneumonia did put together. It far exceeds the combined yearly toll of diabetes, Alzheimer’s and strokes. The only national causes of death on a comparable scale are cancer, at 599,000 lives lost in 2019, and heart disease, which accounted for 659,000 deaths.

And while daily deaths and cases have continued to decline across the country thanks in large part to vaccinations, there were still over 1,400 lives recorded lost to the virus today. And hot spots remain.

Hospitals in Colorado are overwhelmed according to the New York Times, with many over 90% capacity. Cases in Arizona are up 50% in the past 14 days, according to Times figures. Other Western states are also suffering, with cases up significantly in New Mexico, Utah and Nevada. Even California, which has instituted some of the most aggressive mitigation measures in the nation, has seen small upticks in recent days, though it is far too early to say whether they signify any significant trend.

SQUID token up 600% today despite debacle and Binance investigation