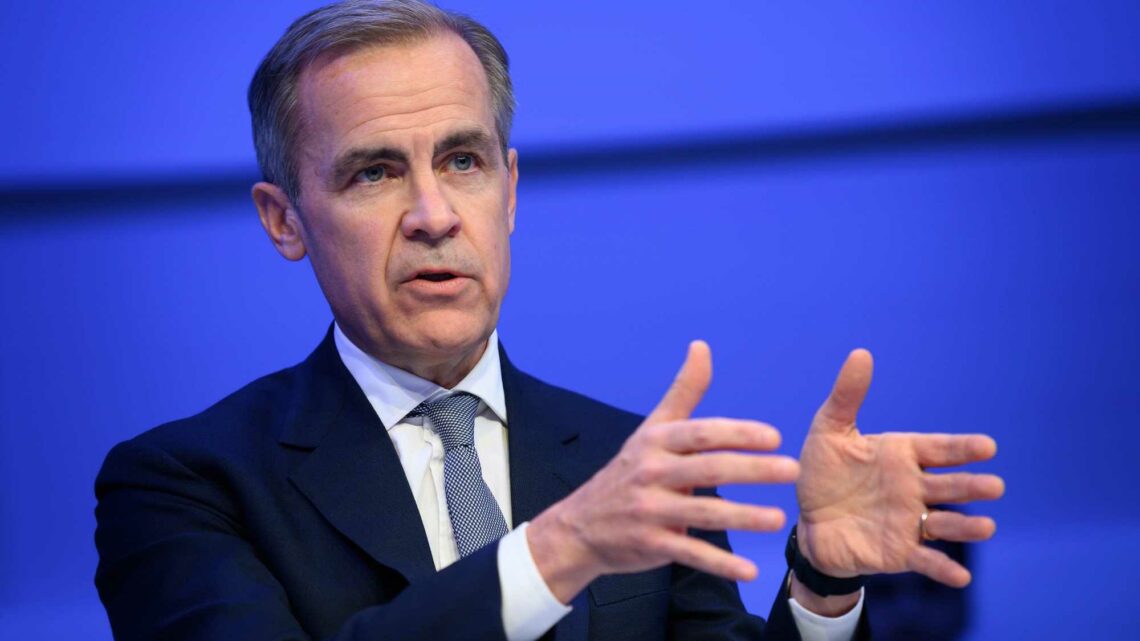 Companies should be paying more for the pollution they generate, says Mark Carney, the United Nations special envoy on climate action and finance.

Carbon pricing is one of the methods used to incentivize businesses to reduce greenhouse gas emissions — by making them pay for pollution the create. Some governments impose taxes on carbon emissions, while others set up systems where emissions are capped and extra allowances can be bought or sold in the form of "carbon credits."

According to the International Monetary Fund, the global average carbon price in 2019 was $2 per ton — and Carney said the charges need to be much higher.

"They've been set far too low — single digits on average globally, well short of the estimated $80 to $100 a ton needed by the end of this decade to keep us on track to net zero," he said during a virtual event organized by the INSEAD Hoffmann Global Institute for Business and Society on Tuesday.

That figure is higher than projections by the IMF, which said carbon taxes should be $75 a ton by 2030.

As economies move toward future with net-zero carbon emissions, structural changes will leave some sectors uncompetitive, said Carney, who was previously governor of the Bank of England and the Bank of Canada.

The energy sector, for example, would require decades of investments and support as the transition takes place.

"(It's) one of the toughest things for governments to do in order to … ensure that the longer term benefits to society are spread more immediately to those who are more impacted," he said.

However, there are areas of "absolute alignment" between short-term economic benefits and medium-term climate benefits, he added.

"There are certain climate policies that are job heavy, they're investment heavy, they have high multipliers for GDP," he said, citing the example of retrofits to make buildings energy efficient.

He also said the investment opportunity in energy is at least $100 trillion over the next few decades.

Still, the world has been not been investing enough to address the climate crisis, Carney said.

One reason is that humans can be "irrationally impatient" and value the present much more than the future.

The battery market is booming. One company believes it's made a key change to how they're made

Goldman upgrades SolarEdge to a buy, sees more than 20% upside ahead

"The catastrophic impacts of climate change will largely fall on future generations, and the current generation … has few direct incentives to solve it – even though if we act sooner, it will be less costly," he added.

Decisions have also been made in a utilitarian way, Carney said. "This encourages a trade-off between growth today and crisis tomorrow, between health and economics, between planet and profit."

Politicians are set to meet in the U.K. in November for the 26th UN Climate Change Conference of the Parties (COP26) to discuss coordinated action.

The meeting will also put in place elements so that "every private financial decision can take climate change into account," Carney said.

He said that can be achieved in four ways:

Under the 2015 Paris Agreement, countries agreed to stop global temperatures from rising more than 2 degrees Celsius but "collectively failed to stop the growth in global greenhouse emissions," the UN Environment Programme said.

Acknowledging that previous climate conferences and agreements have not always produced results, Carney said things could be different at COP26.

There's more clarity about where the world stands and what needs to be done — which has led to some progress, he said.

Technology has improved, funding is available and companies now see sustainability as "one of the top three strategic issues," he added.

There's now a possibility that the world meets its climate goals, he said. "Again, not assured, but … if we stay focused, we can get there."