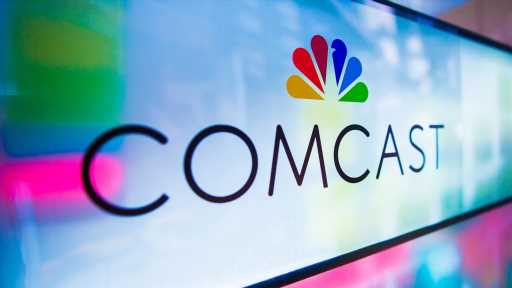 Comcast saw solid results in its broadband business and the return of theme parks in the third quarter, topping Wall Street forecasts.

The media giant posted total revenue of $30.3 billion, an increase of 19% over the same period a year ago. Earnings per share of 87 cents beat analysts’ consensus by 12 cents.

Customer retention in the cable unit was the highest level in company history for a third quarter. On a net basis, 300,000 broadband customers were added. Those gains offset a loss of 408,000 traditional video customers.

NBCUniversal revenue jumped 58% to $10 billion in the quarter. Advertising revenue in the Media segment increased 73%, a leap the company credited to Olympics broadcasts, higher pricing and additional Peacock sales.

Studios revenue climbed 27% to $2.4 billion as theaters reopened and Universal recorded strong ticket sales from F9 and The Boss Baby: Family Business. On the bottom line, though, higher expenses took a bite. Adjusted EBITDA fell 47% from the prior-year period to $179 million. The company cited a rise in programming and production expenses, reflecting higher amortization of television and film production costs in the current period. There was also an increase in advertising, marketing and promotion expenses. reflecting more theatrical releases compared with .

Revenue in the theme parks unit nearly doubled compared to the Covid-decimated 2020 period, gaining $1.1 billion to $1.4 billion. Adjusted EBITDA in the parks division was $434 million in the quarter, including pre-opening costs related to Universal Beijing Resort. The year-earlier quarter saw a $174 million Adjusted EBITDA loss.

The earnings release did not include any statistics for Peacock, the direct-to-consumer streaming service launched in the spring of 2020. Last July, Comcast said the outlet had hit 54 million users, 20 million of which were active on a monthly basis. The company has not yet broken out the number of subscribers for the higher, premium tier of Peacock.

Investors responded well to the results, sending Comcast shares up 3% in pre-market trading, to about $54. The stock is up slightly in 2021 to date but has been in a slump over the past two months.