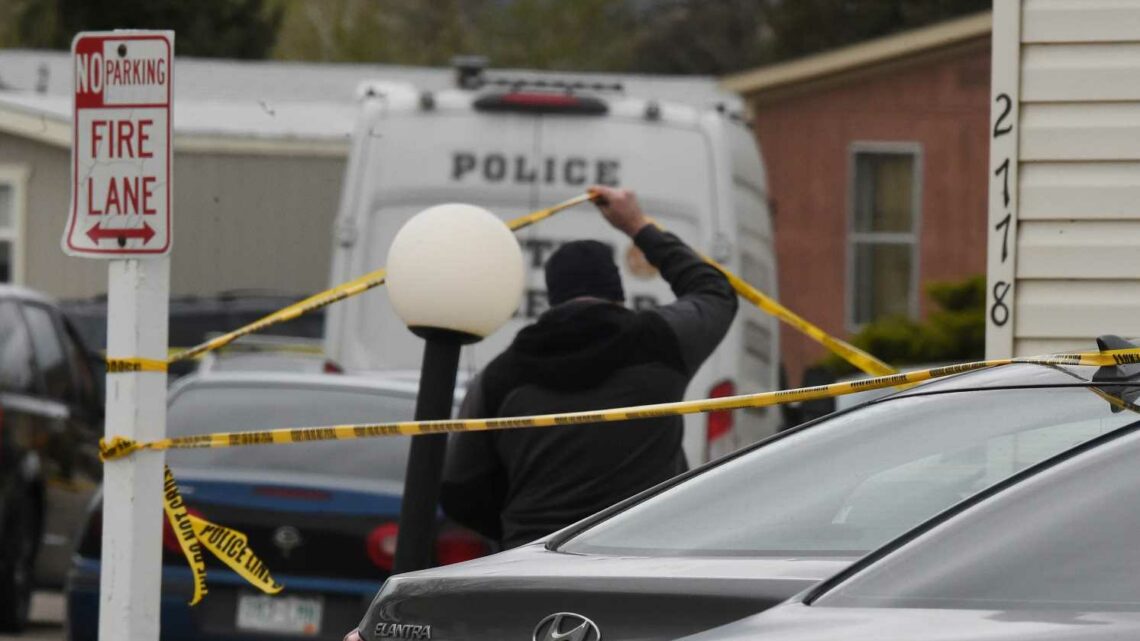 Authorities on Monday are investigating the motive behind a deadly Colorado birthday party shooting that left seven people dead, including the suspected gunman. Authorities found six adults dead and one man seriously injured early Sunday in Colorado Springs.  The injured man later died at the hospital, the Colorado Springs Police Department said. The suspected shooter was the boyfriend of a female victim at the party at a mobile home park attended by friends, family and children. Police said children at the trailer were not hurt. The suspect walked inside and began shooting before killing himself, police said. In an initial report, police said the shooter knew the victims.

A gunman killed seven people, including himself, in a shooting at a Colorado Springs, Colo. birthday party.

Back in October, NASA’s OSIRIS-REx spacecraft descended to just above the surface of the asteroid Bennu and snatched a handful of its rocky soil. On Monday, if all goes well, it will fire its rocket thrusters and begin a two-year, 200 million-mile cruise home to deliver its 2.1-ounce treasure. NASA says Bennu represents its largest sample collection since the Apollo astronauts returned with Moon rocks. Scientists hope the sample will shed light on the formation of our solar system and the development of Earth as a habitable planet. OSIRIS-REx is slated to release its sample capsule over the Utah desert – again, if all goes well – in 2023. NASA TV will air the liftoff at 4 p.m. ET.

Scientists are optimistic that NASA's Osiris-Rex spacecraft has collected samples at Asteroid Bennu for return to Earth. Officials said Wednesday that the spacecraft sent rubble flying as it briefly touched the asteroid the day before. (Oct. 21)

Pressure from within the Republican party on Rep. Liz Cheney, R-Wyo., to step down from her House leadership role continues to grow. On Sunday, Rep. Jim Banks, R-Ind., chairman of the Republican Study Committee, the largest GOP caucus in Congress, said he opposes Cheney holding the position of GOP conference chair. “Any leader who is not focused on pushing back against the radical and dangerous Biden agenda needs to be replaced,” Banks told “Fox News Sunday.” Since the deadly riot at the U.S. Capitol, Cheney has been a vocal critic of former President Donald Trump, who continues to hold massive sway within the party.