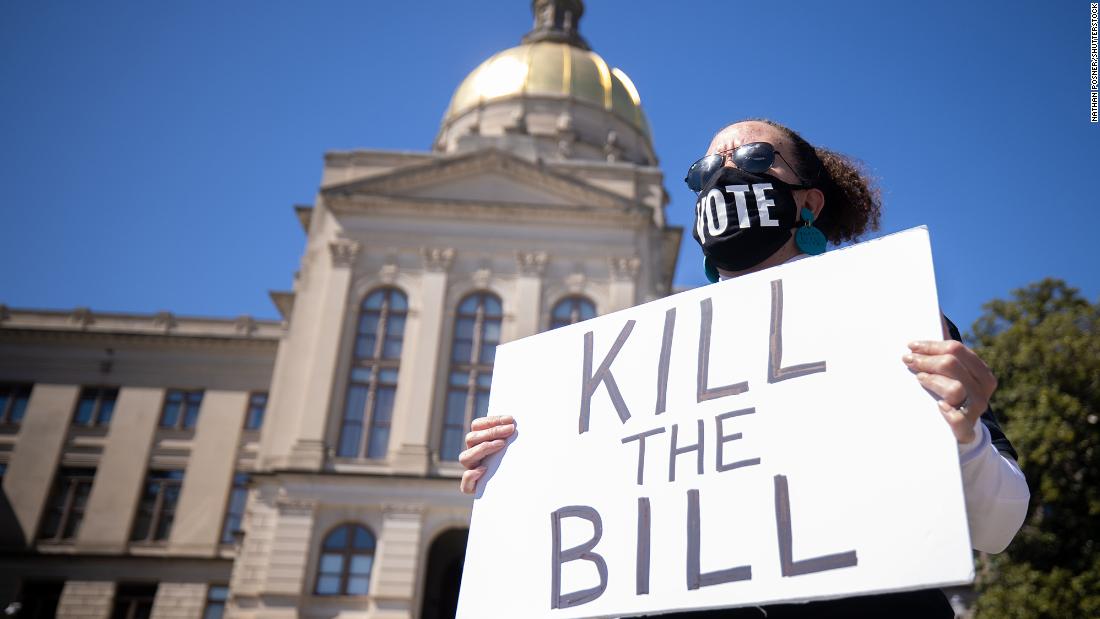 New York (CNN Business)Chief executives and other high-ranking leaders from more than 100 companies including Target, Snapchat and Uber issued a public statement Friday opposing any measures that deny eligible voters the right to cast ballots.

“We believe every American should have a voice in our democracy and that voting should be safe and accessible to all voters,” the statement said. The companies are part of Civic Alliance, a coalition that “recognizes that a strong democracy is good for business,” according to its website.
The statement comes as businesses are under growing pressure to condemn legislation in Georgia, Texas, and other key states where Republican lawmakers are trying to clamp down on ballot access.

The Civic Alliance letter said its member companies “stand in solidarity with voters” and that Americans “must have equal freedom to vote and elections must reflect the will of voters.”

The letter also blasted elected officials for passing or considering voting restrictions. “Our elections are not improved when lawmakers impose barriers that result in longer lines at the polls or that reduce access to secure ballot dropboxes,” the statement said.

The Georgia bill signed into a law last week restricts the use of ballot dropboxes in parts of the state more heavily populated by Black Americans and makes it a crime to give food or water to voters standing in line at polls.
In Texas, lawmakers advanced a far-reaching elections bill early Thursday with several provisions placing new restrictions on the voting process, particularly for those living in densely populated counties.
“We call on elected leaders in every state capitol and in Congress to work across the aisle and ensure that every eligible American has the freedom to easily cast their ballot and participate fully in our democracy,” the letter said.
Additional signatories include Major League Baseball commissioner Robert Manfred Jr., PayPal (PYPL) CEO Dan Schulman, and Reddit cofounder and CEO Steve Huffman.

The letter also endorses a similar call from Black business executives challenging their fellow corporate leaders to be more forceful in condemning what they describe as deliberate attempts by Republicans to limit the number of Black Americans casting ballots in key states.
Republicans who support these laws say they are needed to prevent fraud and stop illegal voting, playing on discredited claims of widespread fraud in last year’s presidential election. Opponents say the legislation amounts to voter suppression efforts that will reduce minority voting.
Source: Read Full Article

Grayscale Effect Pumps Filecoin, But for How Long?
Technology