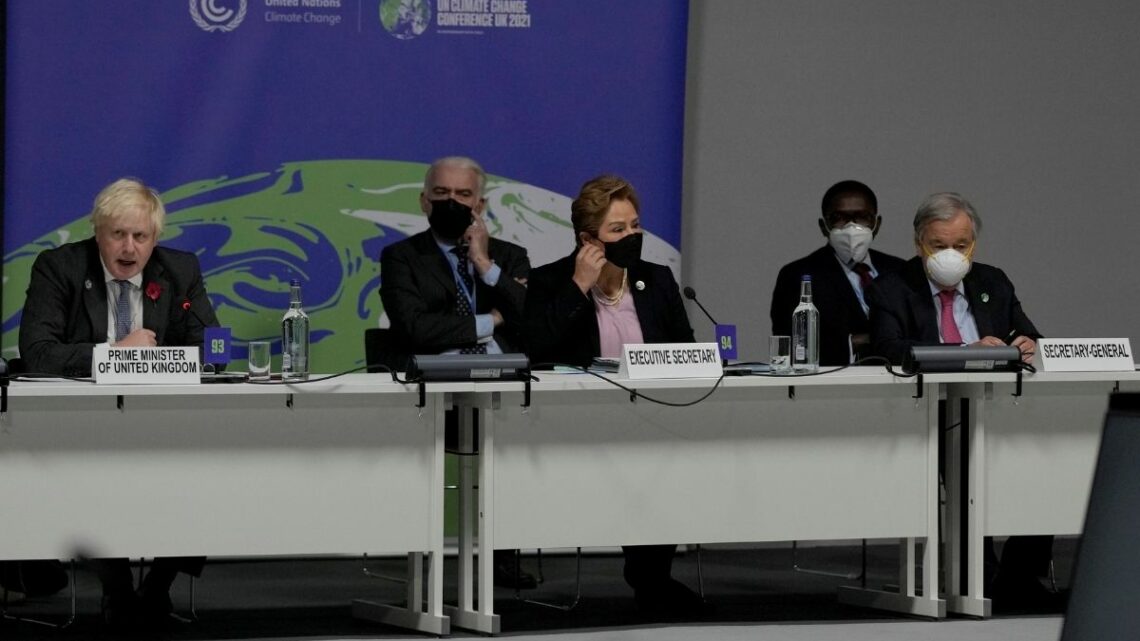 Negotiators from nearly 200 countries have accepted a new climate agreement after the COP26 summit in Glasgow concluded its extra time plenary on Saturday with a deal, which recognises India’s intervention for the world to ‘phase down’ rather than “phase out” fossil fuels.

It means the Glasgow climate pact is the first ever United Nations climate deal to plan to reduce coal, responsible for greenhouse gases with harmful climate impact.

Countries, as part of the agreement, have also agreed to meet next year to discuss further carbon cuts so that the goal to limit warming to 1.5 degrees Celsius can be reached.

“It is so decided,” said Alok Sharma, the president of COP26, as he declared the new pact with a stroke of his gavel after marathon talks which began earlier this month.

“I hope we can leave this conference united, having delivered something significant for people and the planet together as one,” he said.

Several countries criticised the change on fossil fuels promoted by India, even as Union environment minister Bhupender Yadav asked the Glasgow climate summit how one could expect developing nations to make promises about ‘phasing out’ coal and fossil fuel subsidies when they have still to deal with their development agendas and poverty eradication.

Earlier, at a stocktaking plenary, India made an important intervention to express its disappointment over the draft text of the agreement.

The country expressed unfairness towards the developing world and pointed to a ‘lack of balance’ and urgency around achieving climate finance targets.

The minister pointed to climate friendly lifestyles and climate justice, as enshrined in the Paris Agreement, as keys to solving the climate crisis caused by “unsustainable lifestyles and wasteful consumption patterns.”

Fossil fuels and their use have enabled parts of the world to attain high levels of wealth and wellbeing, and targeting any particular sector is uncalled for, he said.

Every country will arrive at net-zero as per its own national circumstances, strengths and weaknesses, Yadav stressed.

“Developing countries have a right to their fair share of the global carbon budget and are entitled to the responsible use of fossil fuels within this scope,” he said.

Speaking on the issue of subsidies, Yadav highlighted that they provide much-needed social security and support to people.

“For example, we (India) are giving subsidies for use of LPG to low-income households. This subsidy has been of great help in almost eliminating biomass burning for cooking and improved health from reduction in indoor air pollution,” he said.

In the end, among major outcomes of the new deal was an agreement to make efforts to ‘phase down’ the use of coal, phase out inefficient fossil fuel subsidies and provide targeted support to the poorest and the most vulnerable in line with national circumstances.

Accelerating 2030 emission-cutting targets, increasing funding for developing nations to adapt to climate change by 2025, boosting the agenda on how to pay for loss and damage that climate change inflicts on developing countries, and agreeing to rules on carbon offset markets were also part of the deal.

Sharma, the India-born British cabinet minister who was in-charge of the summit, appeared close to tears at the end as he apologised for ‘the way this process has unfolded.’

“I am deeply sorry,” he said, amid criticism from some countries on the final agreed draft. I also understand the deep disappointment. But I think as you have noted, it is also vital that we protect this package,” he added.

Sharma had earlier made an impassioned plea to delegates to back the draft, saying it was a ‘moment of truth’ for the planet as talks failed to conclude as planned on Friday and went into an extra day.

How is the Queen doing today? Latest updates on Her Majesty
Technology