Shares of Churchill Capital Corp. IV spiked 19% on Monday after a Bloomberg report said a merger with the electric vehicle-maker Lucid Motors could come as soon as Tuesday.

Rumors about a potential merger between the so-called blank-check special purpose acquisition company (SPAC) Churchill Capital IV and Lucid have been in the works for over a month now.

If the deal goes through, it will use $2 billion in cash raised by Churchill Capital IV’s IPO, as well as an investment of between $1 billion and $1.5 billion from institutional investors to support the transaction.

When the merger is complete the combined entity will be valued at roughly $15 billion, according to unnamed sources at Bloomberg.

Churchill Capital IV’s stock has skyrocketed more than 425% since reports first came out of talks between the Michael Klein-backed SPAC and Lucid Motors last month.

Investors are excited about the prospects of Newark-based Lucid Motors. Lucid is a real competitor to Tesla, and its new all-electric vehicle, the Lucid Air has been praised by critics.

The company’s flagship model, the Air Dream Edition, is set to launch in the second half of 2021 and boasts a Tesla-like performance with a new focus on luxury.

Lucid is backed by Saudi Arabia’s sovereign wealth fund, also known as the Public Investment Fund or PIF, which acquired a 67% stake in the EV maker for about $1.3 billion in 2018.

Bloomberg reported earlier this month that Lucid was in talks to build an EV manufacturing facility near the Red Sea city of Jeddah as a result of its Saudi Arabian backing.

The company also completed its first factory in Casa Grande, Arizona in December, where it expects to eventually produce 400,000 cars annually.

If the Lucid merger with Churchill Capital Corp IV does go through, it will continue a year of monumental growth for SPACs. SPACs have overshadowed traditional IPOs in 2021, accounting for 63% of the nearly $77 billion raised on U.S. exchanges, according to data from Bloomberg. 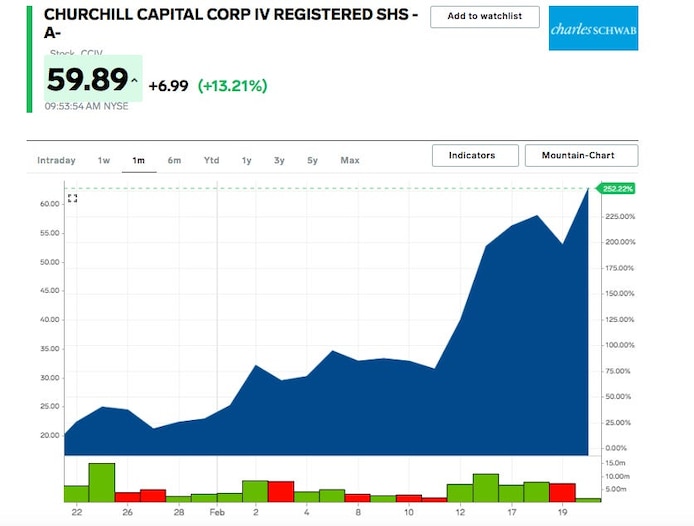 MyPillow and its CEO Mike Lindell sued by Dominion

FBS Celebrates its 12th Anniversary and Fulfils Your Dream
Technology