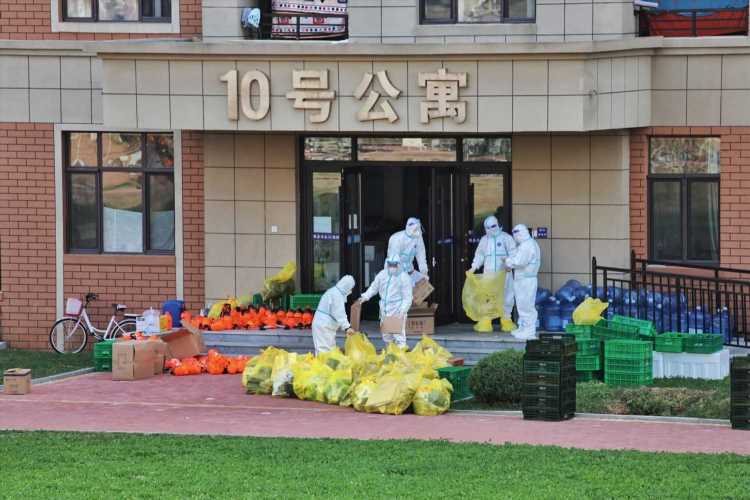 China is forging ahead with its zero-Covid approach, and there are signs it won't be abandoning that stance anytime soon, according to U.S. investment bank Jefferies.

From the U.S. to large swathes of Europe and Asia, many countries are learning to live with the virus and have started lifting most restrictions.

But China has not eased its ultra-strict zero-Covid strategy which involves mass lockdowns — even if just one or a handful of cases are detected. It also includes extensive testing, heavily controlled or closed borders, as well as robust contact tracing systems and quarantine mandates.

Most recently, Shanghai Disneyland visitors had to take Covid tests in order to exit. That requirement came after authorities learned that close contacts of an infected person had visited the park the week before.

The Asian giant is now battling the spread of its biggest Covid outbreak caused by the delta variant, according to Reuters.

"The result appears to be a country that has no immediate plans to open up and live with the virus. News of snap lockdowns continue, and it looks like China is closed until further notice."

Jefferies highlighted three things that hint at China's lack of immediate plans to move away from its zero-tolerance approach.

Passport renewal data suggests authorities are not planning any outbound travel or tourism for some time, Jefferies said. New issuance and renewals of Chinese passports were down by more than 95% in the first half of this year, compared to the same period in 2019, the bank said.

"This could indicate the central government is trying to restrict people's ability to leave China," said Jefferies.

The note also pointed to recent comments by China's National Immigration Administration that said those without any urgent need to travel internationally should postpone their plans. The issuance or renewal of passports would be prioritized only for Chinese citizens studying or working abroad, authorities reportedly said.

Governments in Chinese cities are being told to build 20 rooms for every 10,000 citizens in dedicated or converted facilities – in order to cater to overseas arrivals, according to Jefferies.

Guangzhou is already shifting away from using hotels, and a new facility with more than 5,000 rooms is due to open, while other provinces are "rapidly following," according to Jefferies.

"Dedicated quarantine facilities being built suggests inbound quarantine might be in place for longer," said Jefferies.

The medical infrastructure in China may not be prepared for higher cases if borders are opened, or to treat Covid as endemic, according to Jefferies.

"China has significantly fewer hospital beds and doctors than many other countries. Its 3-tiered healthcare system barely survived the first wave of COVID outbreak in early 2020," the analysts said.

Its three-tiered health-care system comprises of city-level hospitals, district-level clinics and rural health services provided by rural doctors, according to Jefferies. The number of hospital beds and doctors in rural areas are less than half that in urban areas, on a per 1,000 people basis, the report noted.

Covid cases rise yet again in U.S. ahead of Thanksgiving holiday

"Poor medical infrastructure in rural areas makes it harder to detect COVID cases at an early stage, and consequently leads to widespread outbreaks back to cities," the bank said. With 36% of China's population living in rural areas, "a closed border is the most straightforward solution to prevent a breakdown of the health system," said Jefferies.

Furthermore, China's spending on health care is "significantly" lower than that of many other countries. "This could mean that Chinese authorities are concerned that a large national outbreak could overwhelm their healthcare system," the bank concluded.