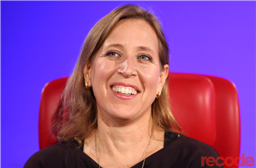 Susan Wojcicki, YouTube CEO and one of the most powerful women in business today, said a leaked Supreme Court draft ruling last month jumpstarted internal discussions on issues from employee benefits, to the risk of misinformation and the impact on advertising on the platform should Roe V. Wade be kneecapped.

“For example, employees: what sort of benefits would we want to offer to employees in states where abortions were no longer allowed? Or what impact it would have on our advertising business. And content, misinformation being spun. People saying abortion is not really allowed in this state, when it really is. We are trying to figure it out,” Wojcicki said during a Q&A at the World Economic Forum in Davos.

In early May, Politico obtained and published a draft opinion that showed the Supreme Court is poised to overturn Roe v. Wade, giving states the power to ban abortion. A decision is expected this summer.

“Because it’s an early draft, we have spoken internally at a high level but are still waiting to see the language and implications, and then we will take necessary steps to try to comply with it but also to support our employees,” Wojcicki said.

“My stance is that women should have a choice when they become a mother. I believe that reproductive rights are human rights, and to take away rights and law that we have had for almost 50 years will be a setback. That’s my personal view.”

“Running a company that focuses on free speech, we want to make sure that everyone has the opportunity to voice their point of view provided they meet our community guidelines.”

Until the official ruling by the Court, what’s out there is “a draft right now. There is not definitive language,” she said.

Some companies have been proactive. UTA offered to reimburse travel costs for any employees affected by the looming federal abortion ban.

Responds To Being Banned From Russia: “Will Have To Live With The Disappointment”

TerraUSD (UST), Tether (USDT) Not as Stable and Cannot Guarantee Their Peg at All Times – ECB Crypto Asset Report
Technology