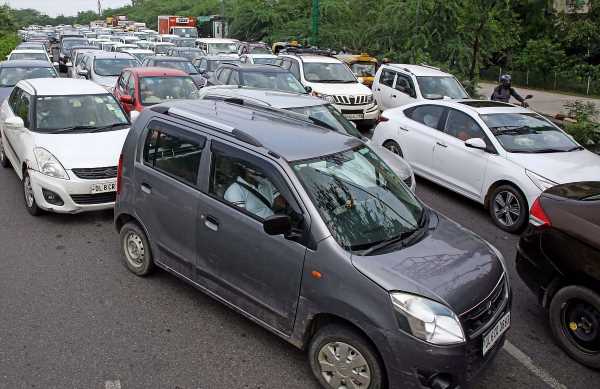 Ahead of the peak festive season, India’s passenger vehicle makers are staring at a cumulative order backlog of nearly 500,000 units as chip shortage continues to cripple production. 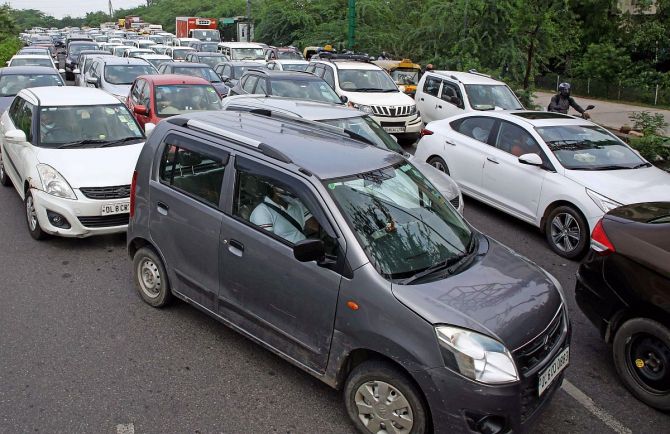 The crisis is forcing companies to change their production plans frequently and take a call on the variants they can manufacture based on the availability of semiconductors.

The booking numbers are not a true reflection of demand, said manufacturers.

Owing to long waiting periods, which are only getting stretched, buyers are booking multiple brands, and not all of it would translate into sales.

A buyer may book models of three different brands, but eventually he or she would buy only one, explained an executive of a car manufacturer.

The huge pile of bookings indicates a yawning gap between demand and supply facing the world’s fifth-largest auto market due to the shortage of semiconductors.

If anything, the situation is set to worsen as more buyers rush to book vehicles ahead of the auspicious days of Navratri, Dussehera, and Diwali.

The maker of Brezza and Alto models has bookings of close to 210,000 units, said Shashank Srivastava, executive director (sales and marketing) at the firm.

The chip crisis forced Maruti to take steep production cuts of 60 per cent and 40 per cent in September and October, respectively.

“Typically, manufacturers build stock at the channels during the Shraadh period.

“This is in anticipation of strong retail demand during Navratri and Diwali. But this time, one is finding it tough to fill the channels as demand is far higher than supply,” said Srivastava.

The situation at Hyundai Motor India is only marginally better.

The Korean carmaker has 100,000 customers waiting for their cars to be delivered.

Tarun Garg, director of sales and marketing at the firm, said a high degree of flexibility at the plants in manufacturing a model or variant had helped the company to avoid shutdowns.

Analysts warn of a bumpier road ahead. Cumulatively, since the beginning of this fiscal year, India’s passenger vehicle market has seen sales loss of 250,000 to 300,000 units due to chip shortage, said Hemal Thakkar, director, Crisil Research.

“The supply side issues that are most pronounced for chips now may get extended to other parts and aggregates like CNG kits and gaskets in the near future, given the disproportionate increase in demand for CNG variants one has seen in the recent past.

“Supply-related glitches are here to stay,” he said.

According to Hyundai’s Garg, a strong preference for higher trim models, which are packed with features and therefore use more semiconductors, is also accentuating the shortage.

“As the customer is spending a lot more time with the automobile, she wants a variant that is smart, connected and packed with features,” he said.

For instance, in the last two years, the share of the top-end variant of i20 has doubled to 36 per cent.

For the Verna, it accounts for more than 85 per cent.

The waiting period for models at all these firms ranges from three months to 12 months, depending on the model and variant mix.

Puneet Gupta, director at IHS Markit, a sales forecasting and market research firm, said that for a market that had been under pressure for the last three years, the chip shortage and inability of manufacturers to meet demand was the last thing it needed.

“A high waiting period of up to 12 months for some models and variants is unprecedented.

“A situation like this can destroy demand permanently,” said Gupta.

Unfortunately, the situation is not going to get better anytime soon, he pointed out.